The most important thing to know about Witchtrap is that it’s not the sequel to Witchboard.

There’s a screen that explains this right before the opening credits on the original VHS. In addition, a disclaimer is clearly written on the back cover of the tape.

But just to clear up any confusion you may still have, Witchtrap is not the sequel to Witchboard. No matter what you think, it’s not the sequel. Sure, they have some of the same actors and the same director/writer, but don’t be fooled. It’s not a sequel.

Then a guy jumps out of a second floor window.

Strange things are happening at the Lauter house. The owner wants to turn it into a bed and breakfast, but there’s a little problem: any time someone stays there, they end up dead. Turns out, the Lauter house is haunted by the spirit of a serial-killing illusionist. I went to a wedding where a magician performed at each table. I thought he was the evening’s hired entertainment, but turns out he was the best man. He was not, to the best of my knowledge, a serial killer, but if you can conjure a coin out of someone’s ear, then anything’s possible.

A team of professionals is brought in to excise the spirit: Agnes the hard-nosed psychic, Felix the bumbling mental medium, and Whitney the fragile physical medium. Plus, there’s a sexy videographer named Ginger (Linnea Quigley!). This dream team of parapsychologists is accompanied by three security officers: Tony the sassmaster, Levi the poon-hound, and Murphy, their gruff boss who just can’t seem to contain the sassmaster and the poon-hound.

Murphy gets frustrated with Tony (played by James Quinn from Night of the Demons and Witchboard, which is not related to this movie in any way). Words are exchanged. Murphy scowls.

“I resent that.”
“I resent your mother for taking drugs when she was pregnant.”

You’ll need some first aid for that sick burn. In fact, this entire movie is filled with some scorching one-liners, so have the burn center on speed dial.

The parapsychologists hold a séance and set up a device that sucks in evil spirits. If you think this sounds like something from Ghostbusters, then you’re right. There’s even a quick reference to Bill Murray at some point. But just because you make a reference to it doesn’t mean you can rip it off wholesale. Or maybe you can. I don’t know. Someone found a coin in my ear and I just haven’t been the same since.

The psychic calls to the spirit. Turns out, the spirit doesn’t want to be excised. He vows to destroy everyone. And what get is ninety minutes of peeping toms, possessed bullets, melting faces, and satanic chapels conveniently located upstairs. We get glorious deaths, a camcorder that can see dead people, and Linnea Quigley’s prerequisite shower scene. We also get wooden monologues in which a woman describes how she drowned, but wasn’t scared.

“I was on the threshold between heaven and hell. . . I woke up and I was in a hospital bed and I’d gained psychic abilities.”
“You’re not gonna believe this, but . . . I had a partner with that very same vision. He described it exactly as you did. Then he fell off his barstool and threw up on my shoes.”

What will it take to get sassmaster Tony to believe?

Witchtrap, which is not the sequel to Witchboard, is genuinely entertaining from start to finish. The budged-minded effects are expertly executed, and there are some jump-scares that may or may not work. The plot barrels forward, and while there are plenty of scenes where people talk, the dialogue is always engaging. This is a movie that should be boring, but isn’t. People walk around the house. They talk. The walk around the house. They talk some more.  All signs point to an express train to snoozetown. But remarkably, this is a movie that rarely, if ever, lags and it’s largely due to the writing. Director/writer Kevin Tenney (Night of the Demons 1-3 and Witchboard 2) delivers, but it’s obvious that the real star is Tony.

“Hey, I don’t care too much for my attitude either but I’m stuck with it”

Perhaps the biggest disappointment about Witchtrap is that there’s no sequel. There is, however, a sequel to Witchboard (it’s not Witchtrap). 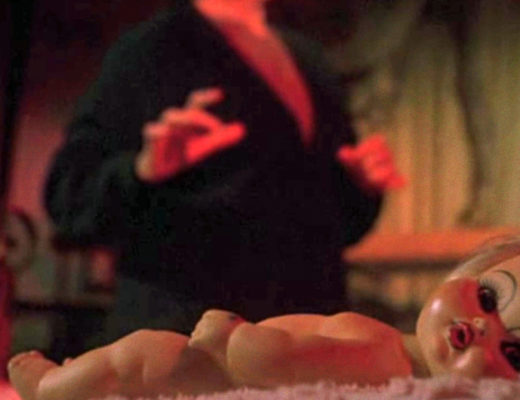 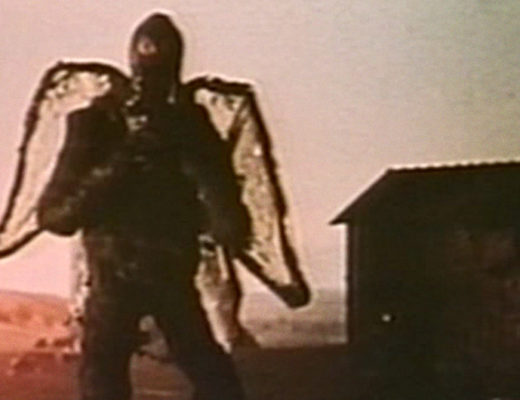 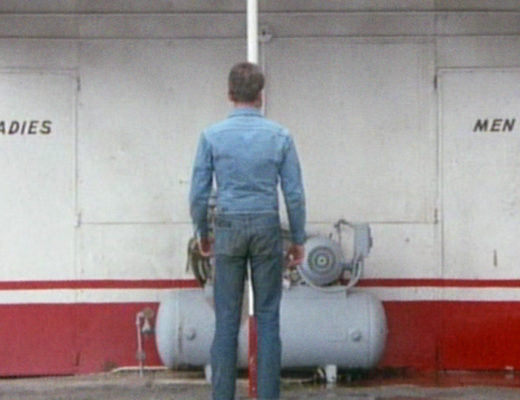