This movie has taught me two important things about phone sex:

First of all, it’s not phone sex. It’s phone fantasy, which is, as we all know, pronounced “fawntasy.”

Second, phone sex–nay, fantasy–operators work in an office, just like you and me. Contrary to popular belief, they do not work from home. Why? I don’t know. It’s just something we all have to accept and move on.

So here we are, accepting it and moving on.

Sultry, red lips croon into a receiver. “Why don’t you loosen up your pants? You’re never going to guess what happened on the bus. It was a morning like any other, except I wasn’t wearing any panties.”

A sinewy, slightly oily man grips the phone and runs a knife across his bare chest. He has a high gravely voice. “I want to touch you. I want to feel your nipples.” He pierces the blade into his nipple. “Nobody can handle nipples like Bobo!”

This is what hot talk sounds like. But what does it look like? Good question. It looks like a drab office full of tiny desks, each separated by bed sheet curtains. Helming the phones are half a dozen aspiring actresses. They drink coffee and eat raisins while saying things like “hot bologna pony” and “I want your throbbing manhood.” They paint their toenails while they breathlessly ask callers to “fire some of that love in my direction.” They roll their eyes as they tell callers that their “lust rod is pumping more action than one girl can possibly enjoy.” Sometimes they get swamped and they’re shorthanded, or girls show up late for their shift or call in sick. Ah yes, just another day at the office.

A clown approaches one of the girls at night. She plays baseball with him. Because what else are you going to do with a clown in the middle of night? Throw a pie at him? I think not. The clown beats the girl to death with his baseball bat because that’s what one does with a baseball bat.

Kevin is a photographer in LA and like all photographers in LA, he lives in a loft with his naked girlfriend and “gets more ass than a toilet seat.” Kevin is shooting a magazine spread about phone fantasy girls. Samples of his work plaster the walls: a naked woman draped in an American flag, a nude torso against a blue sky, butts. He photographs one of the girls. The lights are flashing and the smoke machine is running on high; it looks like a Prince concert. There’s slow motion, pouty lips, sexyface. It looks even more like a Prince concert. The girl is working it. The fan is blowing. The hair is tossing. The camera is flashing, as are the boobs.

The cops eye Kevin for the murder. Here’s this dude who takes naughty pictures and has a record for beating up his girlfriend, who was a minor. I mean, obviously he did it, right? Maybe? The movie unfolds with tons of sleaze, a few dead “call” girls, and one killer clown. There’s vehicular manslaughter and prostitutes talking about stocks and dividends, you know, to break stereotypes. But when a Mexican woman is on screen, mariachi plays in the background. So much for breaking stereotypes. There’s also Bud Cort, who plays a creepy accountant, and Karen Black, who plays the nurturing matron of the phone fantasy operation. Plus, there’s Divine, America’s favorite poop-eating drag queen. He’s actually out of drag, and part of the fun of this movie is spotting him.

Out Of The Dark offers mild twists and turns through a well-trod territory (phone sex operators, psychotic clowns, photographer of naked ladies), but it’s still a deeply satisfying and entertaining sleaze-filled ride. Everyone in this movie seems to be genuinely enjoying themselves and having fun, especially in the phone sex–nay, fantasy–scenes. The entire runtime is packed with one-liners, overacting, and one can of Jolt Cola. Out Of The Dark might not offer anything fresh or give a sense or urgency or even ambition, but it does offer joy. Joy in the form of a really unforgivable toupee. 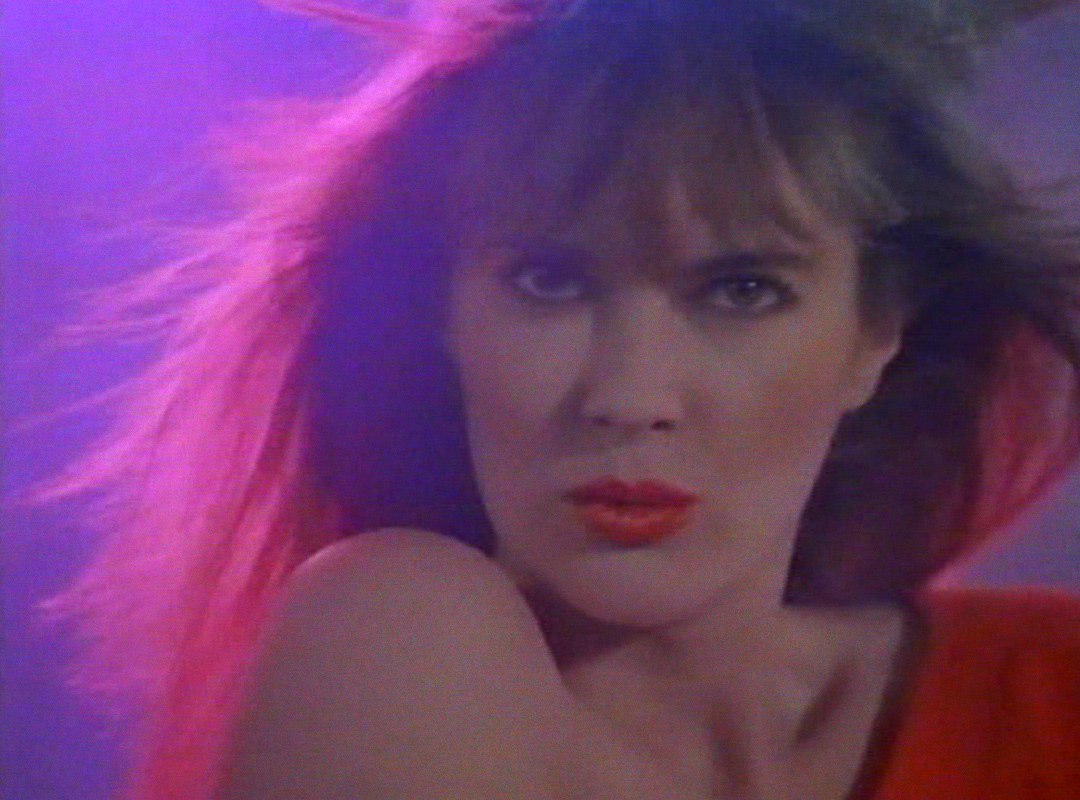 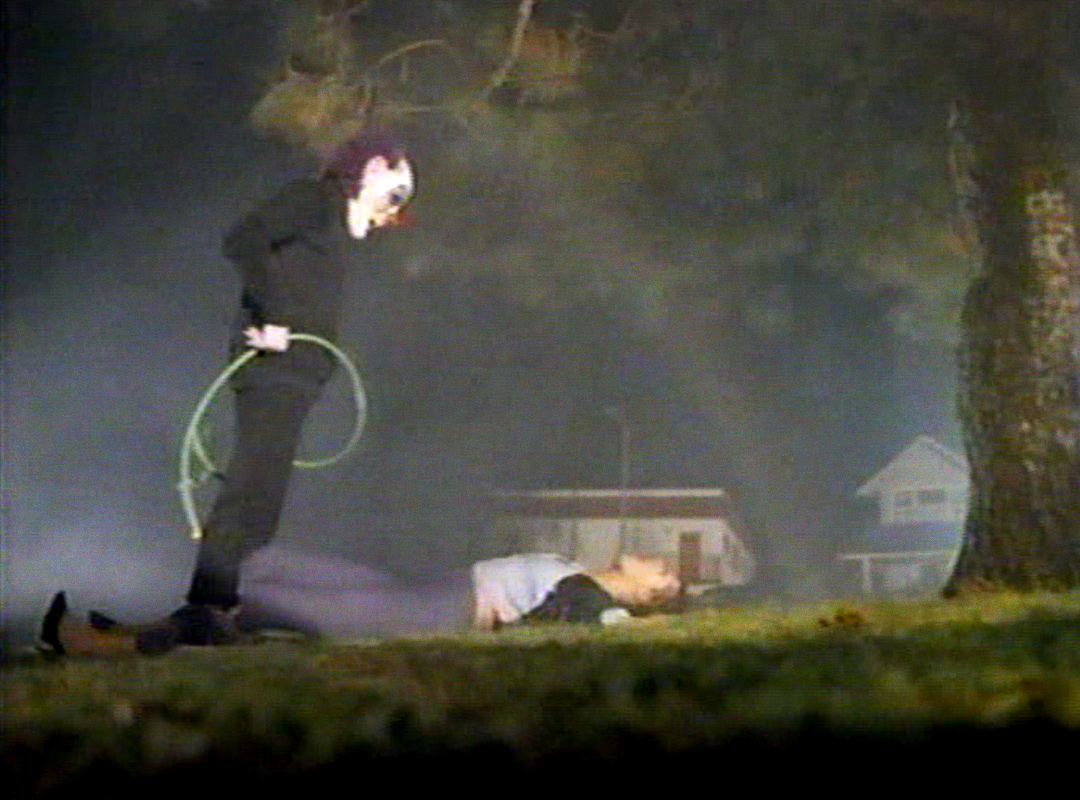 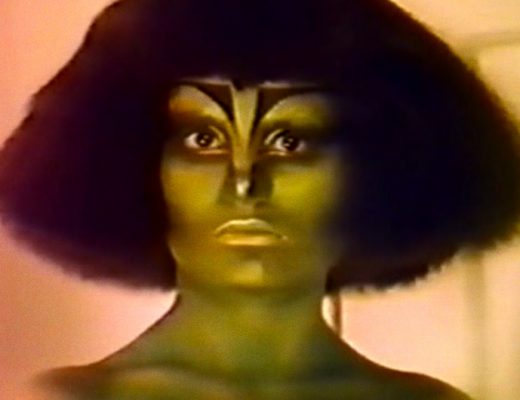 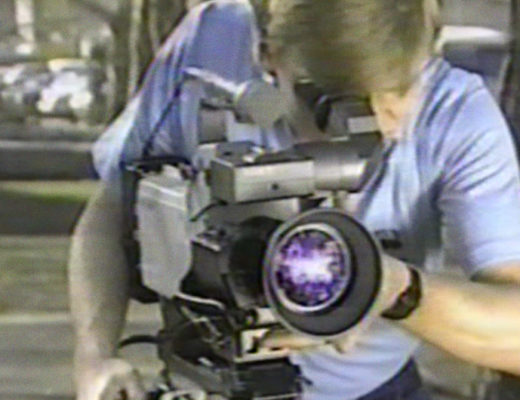 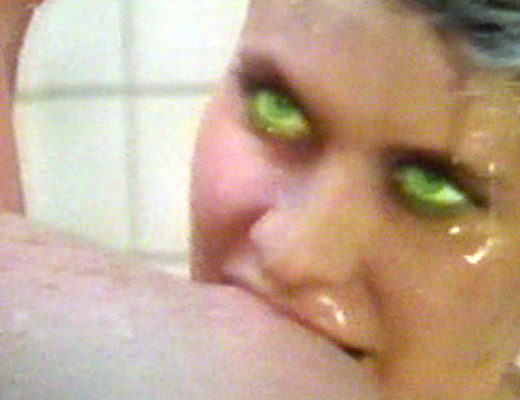