The Godfather of Gore and the Stepdad of Strange. That’s Hershell Gordon Lewis, a man who revolutionized the motion picture industry before become a very successful figure in the world of direct marketing. Much has been written and spoken about his infamous “Blood Trilogy,” a group of films produced with partner Dave Friedman in the 1960s which introduced gore to the world of cinema. Sometimes overshadowed are his solo forays into some of the most bizarre and dumbfounding feature length films ever created.

Despite all of Lewis’s exposure over the past four decades, I’ve still got questions for him. However, I’m going to skip over the usual background info and discussion about his more well known films. It’s time to get right down to the nitty-gritty. Let’s talk filming in Chicago, How To Make a Doll, and those amazing music scores.

Bleeding Skull: To begin with, how are you spending your time these days and how has Fort Lauderdale been treating you? I know you’re still very active in the business/marketing world.

Herschell Gordon Lewis: I’m leading the life I’d always hoped for: I live in a luxurious 26th-floor penthouse, play tennis, and write copy for clients in the U.S. and many countries. I’ve been elected to the Direct Marketing Association’s Hall of Fame, have written 27 books on marketing (with a contract for the 28th), and am well thought of in this second profession. That’s considerably different from my old movie days.

BS: I’ve read a lot about your career over the last year and I’ve found your attitude and recollections about the making of your films refreshing and interesting. You seem to have a positive attitude regarding the history of your films and a distinct opinion on the “business” aspect of filmmaking. Looking back today, has anything changed? In what kind of light do you see your groundbreaking legacy in relation to films that have been produced in the last thirty years?

HGL: That I’m considered the “Godfather” of a peculiar type of film still has me nonplussed. But I’m not apologizing, and I’m delighted to attend horror film festivals, especially those in other countries. Certainly someone would have smashed the splatter-barrier sooner or later, so yes, I’m pleased to be given that credit. Today’s movies are largely formulaic and derivative…and that makes me feel even better.

BS: With the advent of DVD, your films are reached a larger audience than ever before. The sense of humor you integrated into some of your films seems to be very appropriate today, almost timeless. In fact, one of the things I enjoy so much about your films is that perfect balance between genuine humor and other exploitation elements. How does it feel to know that your films are being appreciated and discovered by a new generation of enthusiasts?

HGL: I couldn’t be more pleased. One reason is that it may have been that my early movies were too far ahead of their time. Viewers were supposed to laugh at The Gore-Gore Girls. Then, most people didn’t. They were outraged. Today’s generation does what they’re supposed to do: They laugh.

BS: Being born and raised in Chicago, I find it fascinating that you produced films here. There aren’t too many “famous” people who worked in Chicago that I actually care about. Could you list the films that were either partially or fully shot in Chicago? What kind of limitations did you have while filming here, as opposed to somewhere more “film-friendly,” like Miami?

HGL: One can’t compare the restrictive unionization of 1970s Chicago with the free and easy ambiance of Florida. But yes, I shot The Prime Time, Living Venus, The Adventures of Lucky Pierre, The Wizard of Gore, Blast-Off Girls, and The Gore-Gore Girls in Chicago. When the weather turned cold, we went elsewhere to shoot.

BS: Related to the last question, on what locations did you film your movies in Chicago? Did you shoot on the sly? Any favorite spots that might still be around today?

HGL: I shot where and when I pleased, the unions notwithstanding. Some were shot in and around my then-home in Highland Park.

BS: I know you touched on this during the DVD commentary track on Gruesome Twosome, but I’m still curious about “The Blood Shed.” This was a theater in Chicago that you briefly operated, showing your films and other similarly themed movies in combination with live gore theatrics. Where was the theater located, how were the live gore effects pulled off, and did you utilize any actors from your films?

HGL: The Blood Shed was on Wells Street, in Old Town, in a deserted restaurant. We had an m.c. we named Irving Vampire. We’d show old movies such as Dracula and halt between reels. Two people would rush in front of the screen. One would slit the other’s throat and drag him off … and the movie would continue.

BS: How To Make A Doll (1967) has to be one of the most bizarre movies I’ve ever seen. Where did the inspiration originate and what kind of audience were you shooting for?

HGL: I had a partner named David Chudnow. His peculiar wife, Rosamond, wrote that script. What the heck.

BS: One fact about you that still impresses me is that you usually scored and recorded your own music for the soundtracks to your films. How did you approach this process in relation to the film itself? Where did you pick up the talent and experience to score your own films?

HGL: I had had some background in music. Armed with Andersen’s “Orchestration” I undertook composition, a task far more daunting and far more difficult than shooting movies.

BS: Your Fantaco book adaptations from the late 80s are really well done, and judging from the success of your numerous marketing books, writing seems to be a strong suit of yours. Have you ever thought about writing a book chronicling your experiences in the film industry? I know there are a few books dealing with your films exclusively, but it would be very interesting to have a first hand account of your experiences.

HGL: Yep. Find me a publisher who will pay a hefty advance for such a book, and I’ll write it.

BS: It’s amazing that you’re still active today in regards to film. With Blood Feast 2 currently in release and finished, how are things looking for Herschell Gordon Lewis’s Grim Fairy Tale aka Uh-Oh, the film you’ve mentioned will be your next?

HGL: I’m in discussions on Grim Fairy Tale aka Uh-Oh. Who knows? It might happen.

BS: I raise my glass to H.G. Lewis. Mr. Lewis, thank you very much for taking the time to answer these questions and here’s to your future films.

HGL: Thanks for your interest! 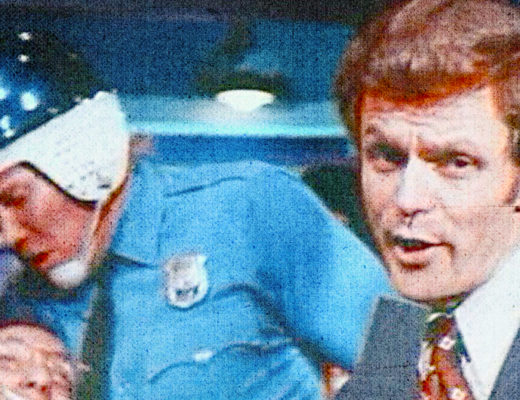 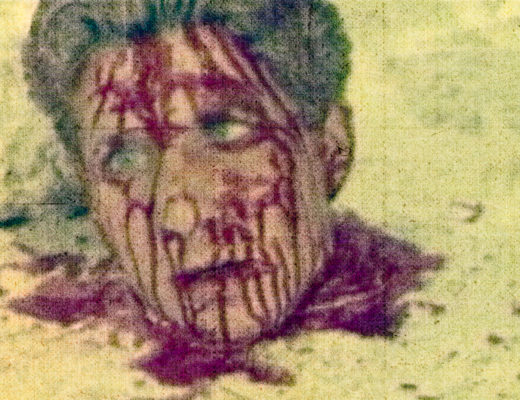 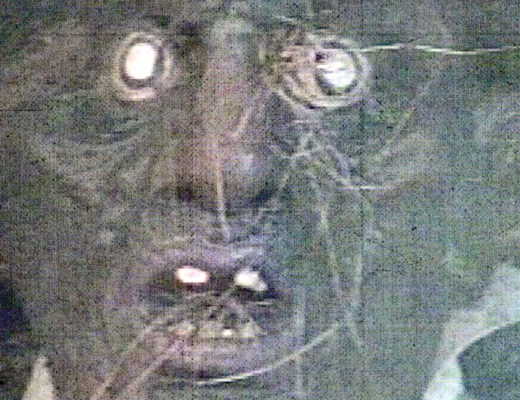