ExquisitesFilms Of The Year
Posted on December 23, 2014
By Joseph A. Ziemba

We were standing on the porch of a farm house in Lufkin, Texas. To the right side of the door was a plaque that read, “BRAMMER PETROLEUM INC. — J.A. BRYAN WELL #1.”

At that moment, it hit me. This was real. Zack and I were knocking on James Bryan’s door. Along with Doris Wishman and Ray Dennis Steckler, Bryan was one of a handful of filmmakers who altered my perception of how movies could be appreciated. His work — like Don’t Go In The Woods and Lady Street Fighter — helped me to foster that appreciation. Those movies lit the fire that led to the creation of Bleeding Skull.

And now, eleven years after the launch of Bleeding Skull, we were at James Bryan’s home to discuss the release of Run Coyote Run with Bleeding Skull! Video.

Two-thousand-and-fourteen will forever be known as the year that we pinched ourselves at least two-thousand-and-fourteen times. After last year’s release of our first book, Bleeding Skull! A 1980s Trash-Horror Odyssey, a series of events led to the creation of Bleeding Skull! Video in collaboration with our friends at Mondo. Like Saurians, this project wasn’t planned. It just kind of happened. Bleeding Skull! Video is fueled on passion, excitement, and the desire to share ultra-obscure movies that deserve an audience with as many people as possible. This year, the label led us to world theatrical premieres of our first three releases with the filmmakers in attendance — W.G. McMillan and Cards Of Death at Cinefamily, Pat Bishow and The Soultangler at Fantastic Fest, and James Bryan and Run Coyote Run at the Alamo Drafthouse Ritz. Most of the pinching happened during these shows. Each experience was unforgettable.

The book and the label did more than just make us happy, though. The other side of it, the part that was completely unexpected, was the unbelievable support that we’ve received from friends and readers. People like Paul Corupe of Canuxploitation and Josh Schafer of Lunchmeat, labels like Massacre Video, and countless emails, tweets, and Facebook messages from readers all over the world proved to us once again why these movies are so important. Because they bring good people together. And they show us that an interest in culture of the past is our most valuable commodity for survival in a culturally-grim future.

Bleeding Skull is forever grateful for your support and enthusiasm. We’d be junk without you. On behalf of Zack, Annie, and myself — THANK YOU for being a good human.

By the way, here are ten favorite movies that were watched and reviewed for the first time in 2014. Please enjoy often.

Beasties (Steve Contreras, 1991)
Cinema Home Video VHS / Full Review
“This movie is fueled on heart, beautiful zero-budget effects, and anticipation. If it was simply a ‘little guys on the loose’ movie, it would still be fun to watch — just like Critters and Ghoulies II. But halfway through Beasties, the focus shifts from a lil’ guy rampage to a post-apocalyptic warzone where punks, jocks, and a shaman named Osirus battle for the fate of the universe. And that is why Beasties is more successful than Gremlins.”

Dead Meat (Tom Vollmann, 1993)
Cool Movies VHS
“Even though Dead Meat is paced unevenly and there are long stretches of people talking, the dialogue is magnetic enough to keep it from sinking into a snoozefest. Plus there’s plenty of endlessly entertaining DIY gore, a donut on a dildo, a shovel fight, and an old lady who just wants those damn kids off her lawn. And of course, when you have a tank of piranha, it’s going to get a lot of mileage. One of the piranhas is named Josh. Sure, there’s Ivan, Bruce, Sam, and Ted too. But let’s be real. Josh is the greatest name for a fish you’ve ever heard.”

The Love Captive (Larry Crane, 1968)
Something Weird VHS / Full Review
“Equal parts documentary, gutter noir, and sexploitation — all unintentional. Shot on location at Manzini’s Museum Of The Macabre in Greenwich Village, Love Captive follows a girl named Jane as she gets locked in the museum and steals Houdini’s straight-jacket. And then a drooling werewolf wearing a velour shirt molests a nude vampire woman while Dracula, a hunchback, and erotique dancers watch. This smudgy, dream-like smut collage is as close to perfection as we can get in a movie about people having sex through their underwear at a fleabag tourist trap that specializes in fake Houdini artifacts.”

Night Of Vampyrmania (Richard J. Thomson aka Julien Richard Thomson, 1993)
Video Screams DVD-R
“Shot with a camcorder somewhere in France, this two-and-a-half-story anthology could have originated on the back of a ninth-grader’s geometry homework. A vampire hunter drives a Volvo through the woods and addresses the camera: ‘Watch carefully the following movie! It says a lot about the damage that vampires cause!’ And how! A cannibalistic vampire known as Santa Claus! Rubber vampire masks from Walgreens! A vampire car called The Hell Taxi! This is two-thousand minutes of naive enthusiasm, inept gore, and unhinged fun crammed into one eighty-minute movie, plus a trucker’s hat that says SUPER MACHO.”

Psycho Cop (Wallace Potts, 1989)
Southgate Entertainment VHS / Full Review
“There is a long line of films with “cop” in the title: Maniac Cop, Samurai Cop, Hollywood Cop, Vampire Cop, Karate Cop, Crazed Cop, and of course there’s the robotic cop and the cop from Beverly Hills. But only one cop worships Satan and has ‘666’ written on his hand in ballpoint pen. Who is it? Here’s a hint: It’s not the one who teaches kindergarten.”

Saurians (Mark Polonia, 1994)
Polonia Bros. Entertainment VHS
“Written, produced, directed, and edited by Mark Polonia, Saurians is nothing like Splatter Farm, or any other movie that has the Polonia name attached to it. It’s the only movie in the Polonia filmography that doesn’t feature both Polonias. It’s also the only movie in their filmography that feels like it was made by a stoned sixth grader who lost interest in building a volcano for the science fair because Land Of The Lost was on TV. Shot on washed-out Super 8 and featuring a cast of five, Saurians is a portrait of teenage innocence, Amiga computer graphics, and un-stop-motion dinosaur puppets. It’s incredible.”

Things (Dennis Devine, Eugene James, and Jay Woelfel, 1993)
Vista Street Entertainment VHS
“This Things is not the Things that you think it is. In 1989, Barry Gillis renewed the world’s faith in Canada with a new form of upside down subconsciousness known as Things. That movie remains a benchmark in discombobulated madness. This Things — the one shot on a camcorder in North Hollywood around 1992 — is not like that Things. It is not a benchmark in anything. But it is a smutty soap opera anthology with zero brains, one ass tattoo, and two foam-latex beastoids who rearrange people’s faces. This is just another way of saying that this movie is great.”

Wild Beasts (Franco E. Prosperi, 1984)
Lightning Video VHS / Full Review
“Wild Beasts is a romp in every sense of the word. There’s carnage and havoc and the kill scenes are exactly what you want from a movie about escaped zoo animals, which is to say that there’s a stampede. It’s impressive that Prosperi managed to coordinate and film such a menagerie — polar bears aren’t exactly the most cooperative bunch. Explosions, sexism in the workplace, abuse of slow motion, and a touch of sleaze make this film molto Italiano. This might be the best movie I’ve seen all year, but I will love anything that stars a lion named Blair.” 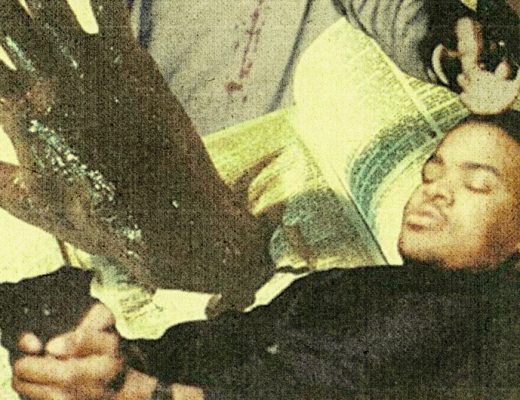 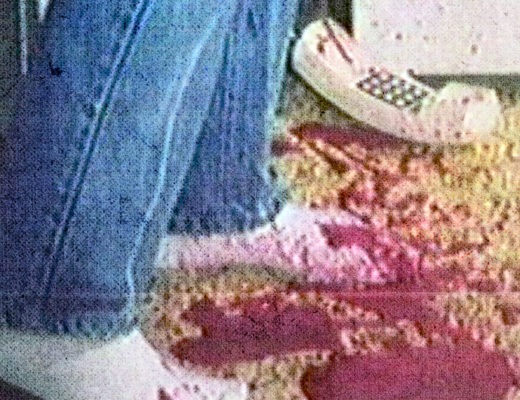 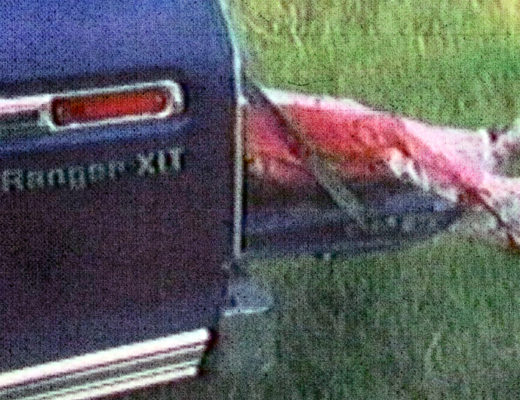