Bleeding Skull! A 1980s Trash-Horror Odyssey was published by Headpress in September, 2013. The paperback edition is out of print. The book will not be re-published in its original form.

Praise for the book:
“The go-to encyclopedia for trash, bizarre, and shot-on-video horror cinema.” — Fangoria

“Like a fever dream glimpse into parallel worlds.” — Vice

From the back cover:
This is the only book you’ll ever need on 1980s trash-horror cinema.

Bleeding Skull! A 1980s Trash-Horror Odyssey is a celebration of the most obscure, bizarre, and brain-busting movies ever made — the definitive resource on 1980s trash-horror cinema. Bleeding Skull! features 300 in-depth reviews of movies that have escaped the radar of people with taste and the tolerance of critics. Black Devil Doll From Hell! A Night To Dismember! Heavy Metal Massacre! The Last Slumber Party! This book gets deep into gutter-level, no-budget horror, from shot-on-VHS revelations (Doctor Bloodbath) to forgotten theatrical casualties (Frozen Scream). Clown midget slashers! The Indonesian Jason! A pregnant woman in a bikini who eats fried chicken before getting her fetus ripped out by a psychopath! It’s all here. And it’s all curated by the enthusiastic minds behind Bleedingskull.com, the world’s foremost authority on trash-horror obscurities. Jam-packed with rare photographs, advertisements, and VHS sleeves (most of which have never been seen before), Bleeding Skull! is an edifying, laugh-out-loud guide through the dusty inventory of the greatest video store that never existed. 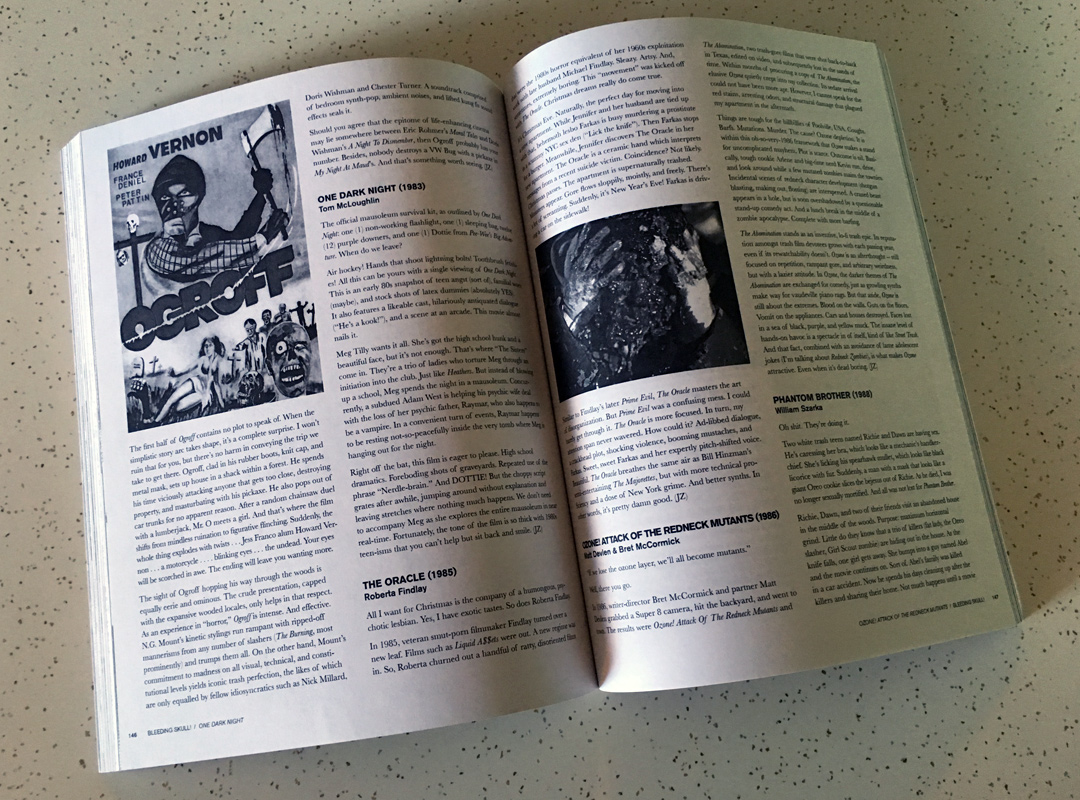 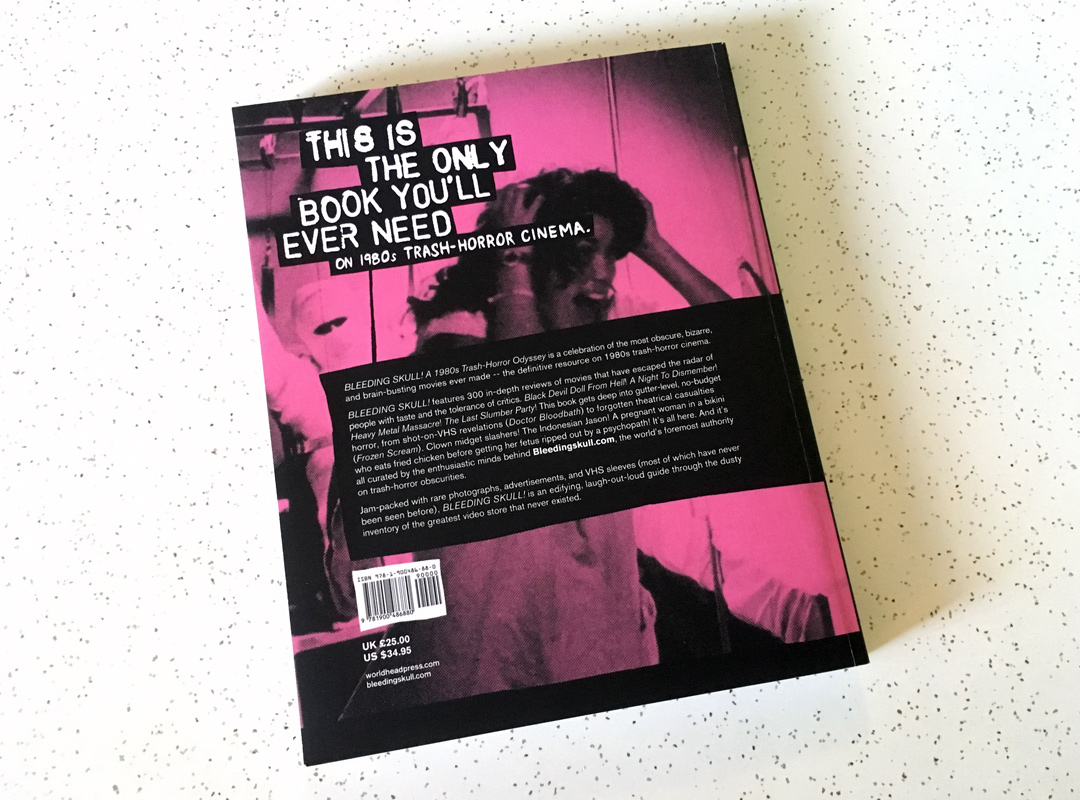 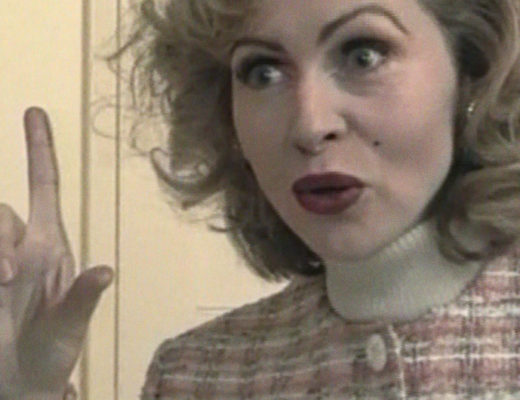