Directed by Michael PollklesenerDVD-R
Posted on January 7, 2020
By Joseph A. Ziemba

When a movie called Fuck the Devil opens with a scene of a baby crawling across a floor, it’s safe to assume that something bad will happen to that baby.

The Fucker is a skinny teenager (director Michael Pollklesener) who wears an old man mask and an Evil Dead shirt tucked into his stonewash jeans. He is a supernatural demonoid who has been possessed by a spirit that inhabits his VHS of Evil Dead 2. Naturally, the Fucker stabs the shit out of that li’l rugrat, and then decapitates it. Using a knife, axe, power drill, and darts, the Fucker turns his apartment complex into a murder zone. He impersonates a woman so that he can lure her husband home and throw acid in the guy’s face. The Fucker also uses magic to make blood stains disappear from the floor. This is exactly what anyone else would do with these powers. Because who has time to mop when you have to pull out someone’s guts through a hole in their stomach?

Satan does not have sex in Fuck the Devil. But there is a lo-fi R&B theme song with lyrics like, “Grab your own dick and come fuck the devil!” That’s par for the course when we’re dealing with the German underground.

Fuck the Devil doesn’t have the elaborate effects of The Burning Moon. It’s not a gross-out party like Violent Shit II. Fuck the Devil lacks the meticulous attention to detail of The Bloody Curse and the conceptual angst of Blutgeil. But none of that matters. This 35-minute movie is a window into a dream-like panic state where Rambo posters, 8-bit sound barfs, and Converse Fastbreak high tops rule our subconsciousness while we wait for the greatest ending since the one in Weasels Rip My Flesh.

As a kid, I created my own comic books featuring my favorite characters. But because my imagination was ignited by horror movies that I couldn’t see, my interpretations had some spice. Wolverine didn’t just punch Sabretooth; he chopped off his legs. She-Hulk wasn’t content with her muscles; she also used a chainsaw. Fuck the Devil is the cinematic equivalent of a homemade comic book that was made by an adolescent goon while experimenting with bootleg acid. Pollklesener used whatever was at his disposal—a camcorder, Casio sampling keyboard, red food coloring, two friends, random slow motion, his parents, and audio dropouts—to create an encapsulation of everything that’s special about a movie with a title like Fuck the Devil. This subversive bedroom sludge exists because of an unconditional love for horror movies, and a desire to emulate that love. The fact that it doubles as a fascinating museum piece, much like Sledgehammer, is a tiny miracle unto itself. This movie has no subtitles, but I didn’t need them to understand the significance of watching someone step on a baby’s corpse. 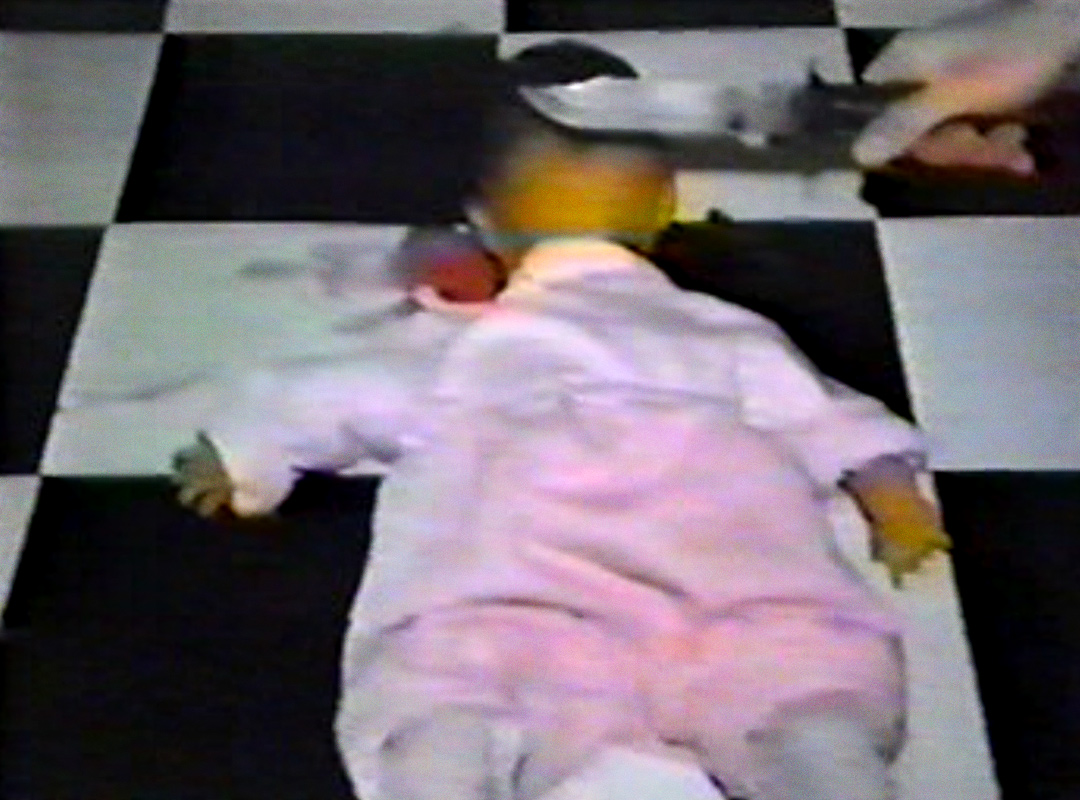 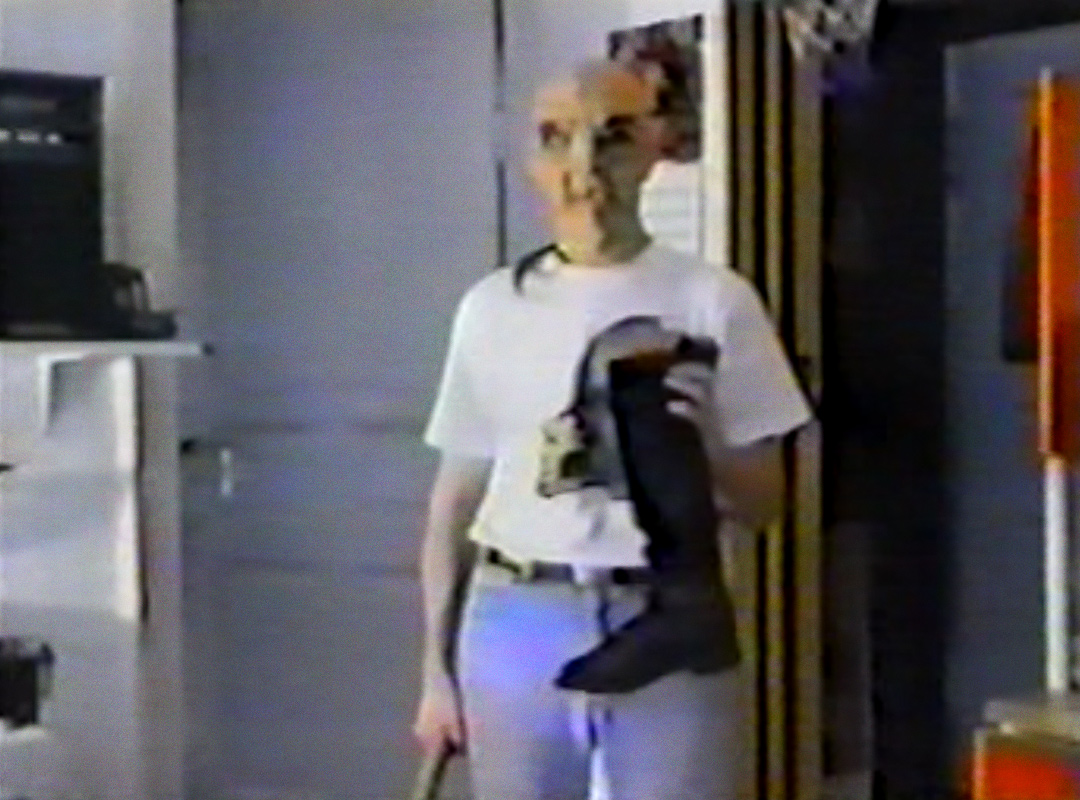 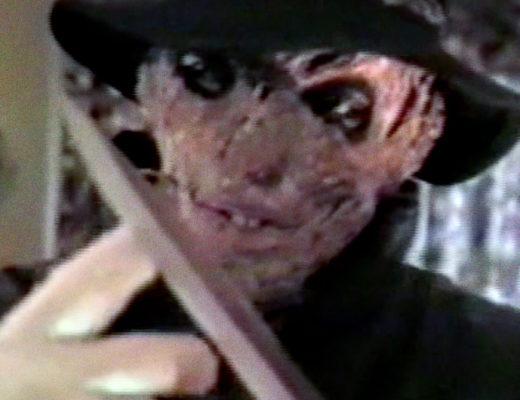 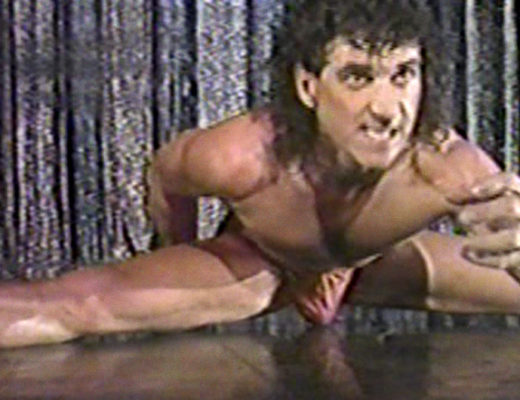 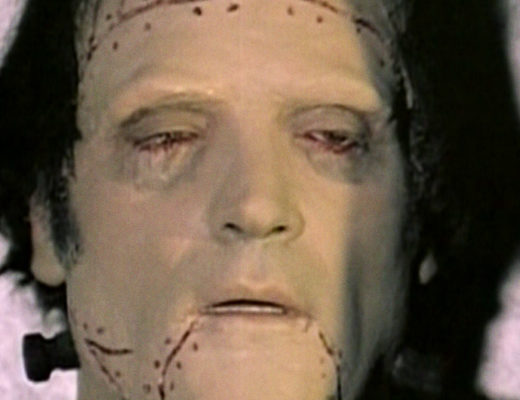