ExquisitesFilms Of The Year
Posted on December 27, 2016
By Annie Choi

We’re not going to lie — 2016 was a giant dumpster fire. We lost Prince, David Bowie, Leonard Cohen, Gene Wilder, Alan Rickman, Muhammad Ali, Ted V. Mikels, and the godfather of gore Herschell Gordon Lewis. There was upheaval in our streets, chaos abroad, and tears shed on all sides of the globe. Oh, and we elected a tangerine penis for president. But here’s the thing: we all soldiered on. We got through the anxiety, anger, and sadness together and we will continue forward together. We focused on what is good and right with the world, which is to say SOV gems where torsos explode, head wounds gush, and eyes literally fall out of someone’s head. We gruesome threesome at Bleeding Skull feel honored to be part of a close community of large-hearted weirdos with a genuine love of coke-fueled car chases, LSD-laced dreams, and rapping karate. You guys are the best and you were easily the best and brightest part of 2016.

We spent the year furiously working on our next book, Bleeding Skull! A 1990s Trash Horror-Odyssey; it’ll be out in 2019 with Fantagraphics. But we also spent the year furiously working on Bleeding Skull! Video releases. This year we heralded Scary Tales, an impassioned anthology where drunk dads play darts and demons possess all. We also released Blonde Death, a SOV masterpiece in which suburban unrest meets home invasion meets grisly murder. Plus, hunks. And speaking of hunks, we recently unleashed Heavy Metal Massacre, a film that deftly defies logic but wholeheartedly embraces chainsaws. RIP Bobbi Young, you golden-haired Adonis. Finally, this year we completed the soundtrack and edit for James Bryan’s unfinished 1990 opus Jungle Trap. Thank you to all our Kickstarter supporters and pals who helped make this a reality. We’re excited to finally share it with the world in 2017.

As always, we’ve drawn inspiration from DIY filmmakers who sacrificed so much to create something so completely, singularly insane. But the ridiculous unrest of 2016 gave us an even deeper appreciation for these warriors who simply refused to give up and stayed true to their vision. So this year we celebrate six films who embrace this ethos and warm our gore-drenched souls.

Thank you, friends, for all your support. Now let’s put 2016 out of its misery and look onwards and upwards to 2017. Together.

Beyond Dream’s Door (Jay Woelfel, 1989)
DVD / Full Review
“You don’t watch this film for the plot. You watch it for the impressive technical filmmaking and to get drawn into this well-crafted, surreal, little world. In terms of cinematography, lighting, editing, framing, composition, and all things having to do with the actual making of a film, Beyond Dream’s Door is unparalleled in its budget. There are multiple camera angles, trick photography, fast-paced cuts, tracking shots, experimental dream sequences, and a multitude of sets that are skillfully lit. This feels more like a studio picture than something a DIY filmmaker created after cobbling some money together. This is not a movie where the director put up a camera and had people act in front of it. Each scene has several edits and angles that constantly change. This is a film that was painstakingly composed, but with just enough room to play with different techniques. What’s even more impressive is that it’s director Jay Woelfel’s first feature-length film.”

Folies Meurtrieres (Antoine Pellissier, 1984)
DVD-R / Full Review
“Folies Meurtrieres is an exercise in no-fi style. This may not have been intentional on the part of Pellissier, but that doesn’t matter. What matters is that all 50 minutes of this movie feel like a life-changing mixtape from the coolest goth sister you never had. The warbled synth-pop soundtrack channels a pillow fight between Goblin, Depeche Mode, and Trio’s Casio collection. The blown-out photography is inventive and suggestive, jumping between gorgeous handheld compositions and imagery that looks like it was soaked in light leaks on film that expired in 1963. Ambient sound effects (owls, wind, cats) are mismatched against an editing style that can best be described as epileptic. This is an audio-visual steamroller, pushing scenes that are already bizarre to a new level of madness. Have you ever seen a car that bleeds? If so, it never looked like this.”

Moonchild (Todd Sheets, 1994)
Asylum Home Video VHS
“At one point in Moonchild, a Ford Bronco II and a Lincoln Town Car are involved in a chase that never exceeds eight miles per hour. At first, it’s funny. But then you notice that Sheets’ friends, siblings, and grandparents are jumping through the windows of the cars while they’re moving. Sheets is lying on the ground and filming as the cars drive over him. People were risking their lives for a twelve-second scene in an homemade action-horror movie that was shot on a camcorder. That’s when you realize that if Moonchild was a person, it would not only pick you up from the airport at 1 AM — it would also have two bags of Twizzlers waiting for you in the car. Because this movie is overflowing with heart.”

Warrior Brother (“Philthy” Phil Phillips, 1995)
York Home Video VHS / Full Review
“Warrior Brother is less of a film and more of an experience. It’s a sincere rap opera that examines the trials and tribulations of a relationship. It investigates what happens when people grow up and accept responsibilities, but make mistakes along the way. It meditates on the healing powers of love and the meaning of forgiveness and explores how it’s really easy to break out of a sanitarium. In its 98 minute runtime, the film goes from fun and upbeat to dark and emo. It brings up some heavy questions — like what happens when our carefree, youthful days are well behind us? What then do we have to live for? Shit gets surprisingly real. But before it gets too real, kung fu steps in to save the day. MC Kung Fu lives up to his moniker; he expertly fights off hooligans one by one with his flying fists of rapping fury. Ruffians seem to come out of nowhere, in various state of pudginess. In the end, the real loser is an ice cream cone.”

Witchtrap (Kevin Tenney, 1989)
Magnum Home Video VHS / Full Review
“Witchtrap, which is not the sequel to Witchboard, is genuinely entertaining from start to finish. The budged-minded effects are expertly executed, and there are some jump-scares that may or may not work. The plot barrels forward, and while there are plenty of scenes where people talk, the dialogue is always engaging. This is a movie that should be boring, but isn’t. People walk around the house. They talk. The walk around the house. They talk some more.  All signs point to an express train to snoozetown. But remarkably, this is a movie that rarely, if ever, lags and it’s largely due to the writing. Director/writer Kevin Tenney (Night of the Demons 1-3 and Witchboard 2) delivers, but it’s obvious that the real star is Tony.

‘Hey, I don’t care too much for my attitude either but I’m stuck with it.’

Perhaps the biggest disappointment about Witchtrap is that there’s no sequel. There is, however, a sequel to Witchboard (it’s not Witchtrap).”

Zombie Army (Betty Stapleford, 1991)
Video Outlaw VHS
“Zombie Army accepts its destiny as a champion of sleazy anti-logic with exploding heads, guts-thrown-on-walls, samurai sword attacks, montages of soldiers filling canisters with battery acid, melting faces, tiny tanks being driven through tiny hallways, and two random civilians having awkward sex. All of this is presented with a twist. When the initial batch of soldiers is obliterated by the zombie army, the government calls in an all-women battle squad to T.C.B. and do the job right. That makes Zombie Army the first — and only — feminist SOV zombie movie.” 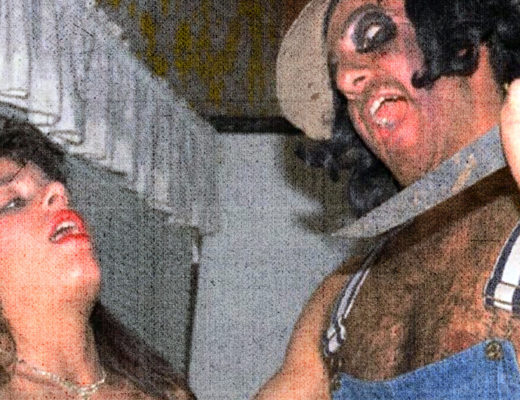 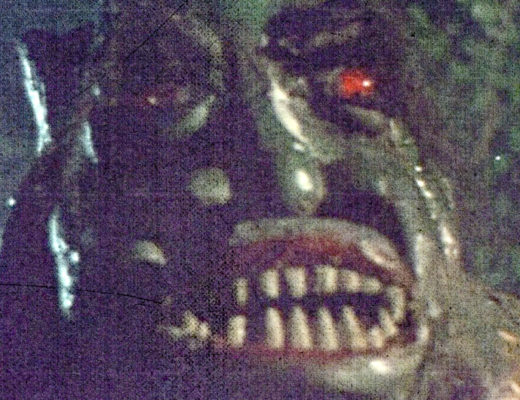 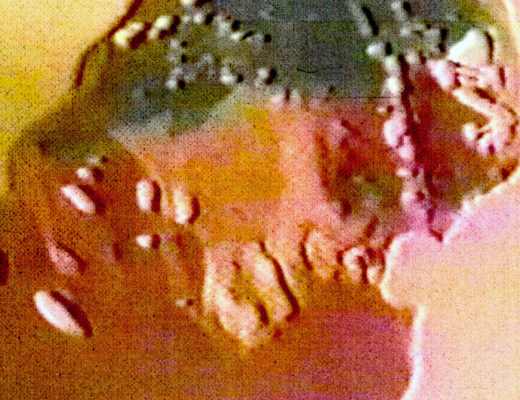