Leslie and her beau have just gotten hitched. They cuddle by the fireplace.

Suddenly another woman stabs the husband in the back over and over and over again. Just when you think she’s stopped, she stabs him again. The man drags himself four inches across the living room floor before perishing unceremoniously.

It is one of my favorite onscreen stabbings to date. I adore the ridiculous number of times she stabs the poor guy—one might even call it…overkill. Plus, I love the bored look in the killer’s eyes. She’s clearly put out by the whole thing, as if it’s yet another thing she has to do today, like vacuum, buy eggs, and topple the patriarchy.

Leslie turns to the killer. She rolls her eyes. “Did you have to stab him so many times?”

Together they clean up the mess—in real time. Many paper towels are used, which would traumatize my mother, who treats paper towels like they’re twenty-dollar bills. Hundreds of dollars were used to clean up the pools of blood. There’s also a scene where a bucket of bloody water is emptied into a toilet. The camera holds there for awhile so you can really take it all in.

Say hello to the Cemetery Sisters. Leslie and Joan are demented, bloodthirsty young ladies who grew up—you guessed it—in a cemetery. They were ostracized as kids for living in a funeral home, but they didn’t care. They “liked the quiet and the beautiful floral bouquets,” loved to stare at the corpses, and got interested in embalming at an early age. Their father was the best mortician in town, though I can’t imagine there was a lot of competition.

Leslie and Joan have a unique hobby of marrying wealthy men and then killing them to cash in on their wills and insurance policies. They make personal ad videos where they look dully into the camera and reveal that they’re “kind of shy” (lie) and interested in “financially stable” men (not lie). Then they date, marry, and kill. It’s lucrative, though it does leave stains.

But then “nympho” Aunt Ingrid shows up for an unannounced visit—right in the middle of an awkward clean-up. She’s newly single and ready for some mattress mambo. What will the Cemetery Sisters do?

The nympho aunt, of course, is played by Irmgard Millard, director Nick Millard’s muse and wife. She’s got empty eyes, bushy eyebrows, a strong chin, and a severe look that doesn’t exactly ooze seduction. She unpacks her bag and pulls out some sexy lingerie and a Playboy. She’s ready to party.

She knocks on Leslie’s door.

Cemetery Sisters is a Nick Millard production through and through. The acting is languid and wooden—the dialog is delivered by people who are speaking in full sentences for the very first time. The lethargic editing leaves long pauses between responses in conversations and shots are held impossibly long. There is a very lengthy scene where Joan brushes her short hair. And in case you didn’t get enough, it happens again later. And if you still didn’t get enough, it happens yet another time. And if you still want more hair-brushing, then boy, do I have a surprise for you. There are also flashbacks to a childhood scene where a boy is playing little Joan. And perhaps my favorite, there are whole sequences from Criminally Insane and Satan’s Black Wedding to pad out the movie, which is just shy of an hour.

If you are a fan of Nick Millard’s work—and you should be—then Cemetery Sisters will absolutely delight you, even though it strays in tone from his other films. Usually you can see and feel Millard’s twisted and hateful attitude towards humanity come through in his work. His characters are often vitriolic, cruel, and violent, and women usually bear the brunt of it. But Cemetery Sisters is far less mean-spirited. There are no relentless insults and there’s no oppressive atmosphere; it lacks the pessimistic worldview that shrouds his other films. Instead, Cemetery Sisters shows a more blasé attitude towards violence, and the murders have a somewhat noble and almost tender-hearted goal. This film will almost convince you that Millard has a soft spot and a loving heart. 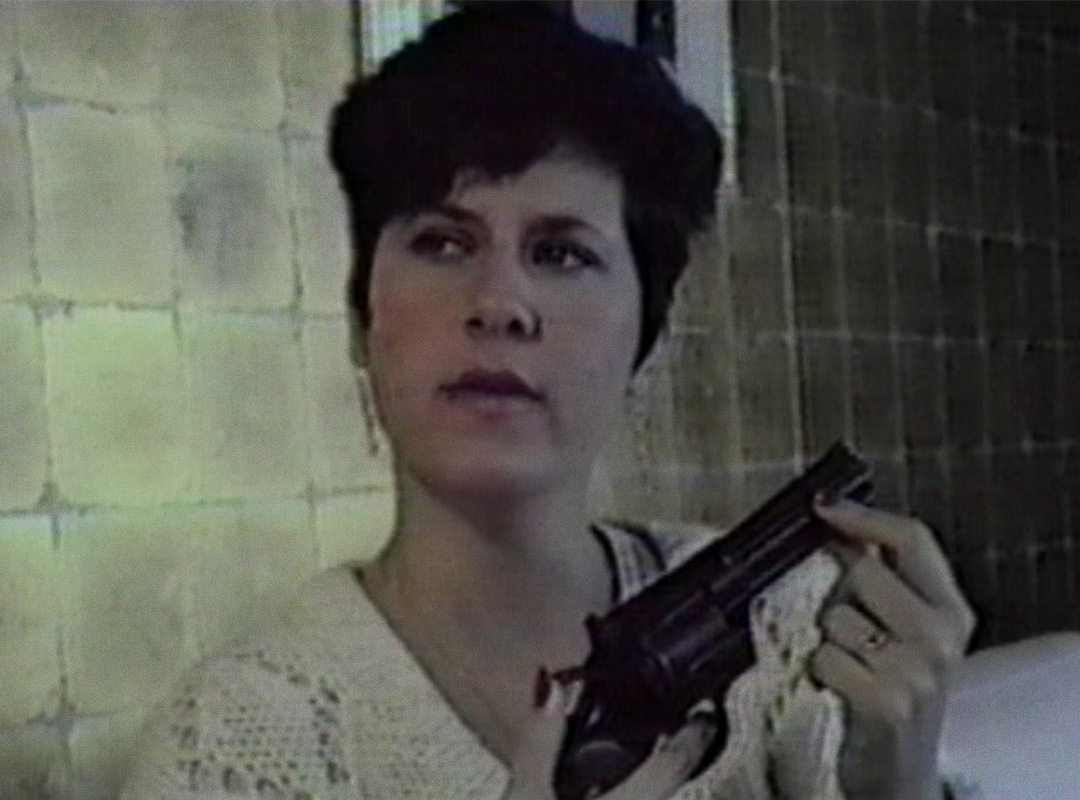 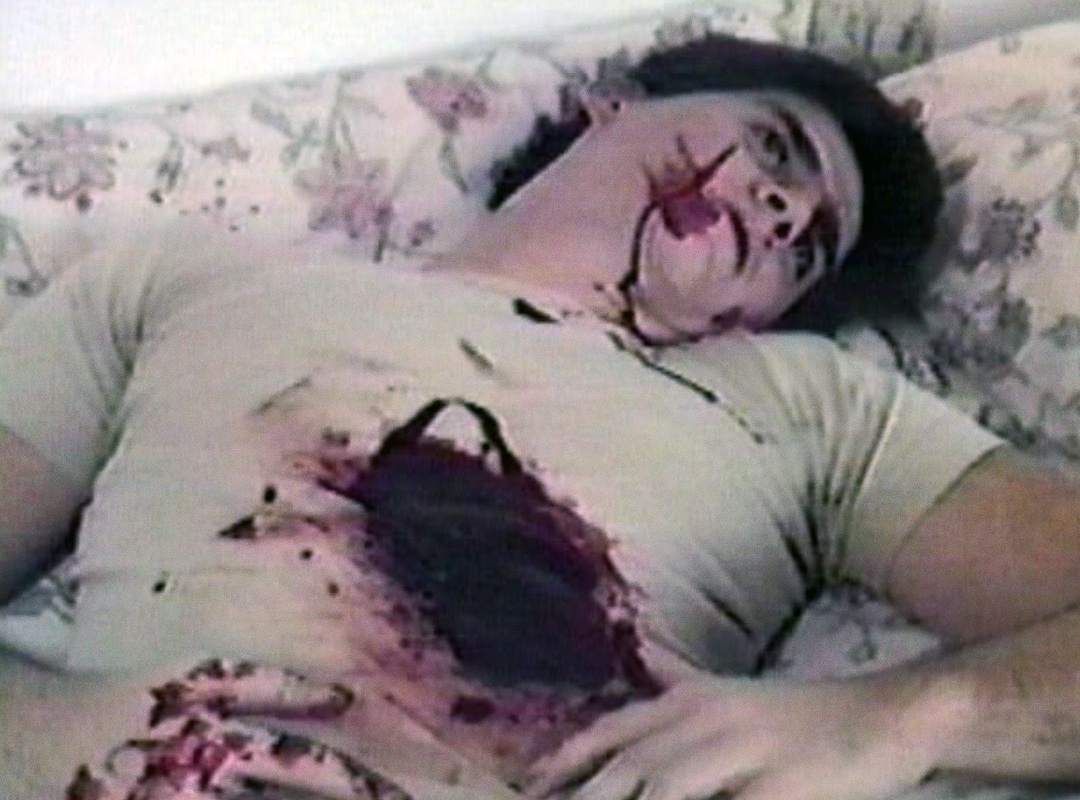 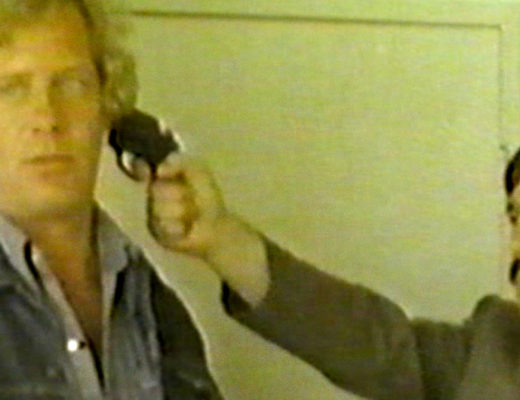 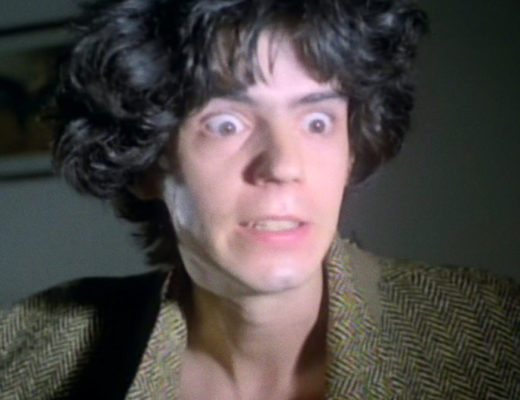 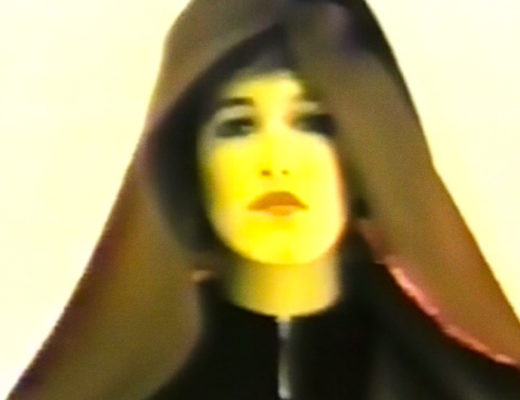