Sometimes you’ve got to take the law into your own hands. And sometimes you’ve got to take some machine guns, a box of grenades, a pitcher of beer, and a brick tied to the end of a dick. You might also take a poodle wearing a hat and sunglasses. This last one is optional, but it really helps justice go down easy. Both Charles Bronson and Robert Forster had poodles, probably.

A nude couple on a beach puts on their graduation robes. They hop on a motorcycle and smash through their graduation ceremony to pick up their diplomas. There’s explosive fist-pumping and the camera freezes on some bros throwing their caps in the air.

Fast-forward to three years later, where we see the bros living in a frat house. Kevin is studying to be an artist, Fred is in ROTC, and Stan wants to be a doctor, which is why he always wears a stethoscope and gropes breasts. There’s also a white guy who’s supposed to be Hispanic. His name is Jorge, but it’s pronounced “George.” Finally, there’s Scott, who asks a saucy librarian for “the faculty copy of The Joy of Sex.” Together, they have joyful sex in the self-help section. Sweet, you totally nailed her, bro!

But Kevin is much more than a frat boy. He’s also an artist, nay, Artist. He presents his work to his class: “I’ve got a lot of things going on inside of me . . . The only way I can express my true feelings is through animation.” This entails flashes of colorful lines, triangles, and spirals. It’s done in the trial version of Microsoft Paint. He does not get a good grade on his project, nor should he.

The boys throw a hoedown at the frat house. There are cowboy hats, bandanas, beer, and, of course, loose vaginas. The guys drink, throw bottles at a TV, and force pledges to drop trou because what’s funnier than a bare ass? At some point the bros cut the boxers off a pledge and shave his ass. Then they make him pick up an olive and drop it into a martini, using nothing but his ass. Warning: there are many bare asses in this movie. But hey, that’s why this party is wicked pissa!

Meanwhile, Kevin’s little sister heads back from the prom. A gang chases Tiffany and her date down. The thugs look like a biker gang, but they roll in a conversion van. They look like they’re off to play SXSW, but at a show that starts at 10 am. The thugs rape poor, sweet, innocent Tiffany. The scenes of her screaming in a dark gully are cut with people screaming and drinking at the hoedown. Her bare chest gets cut up as she cries for her mother. It’s actually pretty dark. Meanwhile, at the party, a guy rides a horse through the living room.

Kevin’s father is a cop. He is also Ernest Borgnine. He is also heartbroken. He vows to catch the thugs, which should be easy to do since his partner is Richard Roundtree. When Shaft is on your team, shit is going to get done, right? Wrong. Turns out, justice is slow and comes with a lot of red tape. Kevin gets frustrated by the bureaucracy. He and his bros decide to hunt down the gang themselves. And so the frat boys become vigilantes, with the help of an arsenal of guns and their poodle, Butch.

Between scenes of vigilante fratboys doing vigilante things (like sitting in a jeep and wearing camo), a professor waxes on sociology, psychology, and philosophy. He throws down some heavy shit: To catch a violent criminal, must we resort to violence? How many innocent lives will be sacrificed in the process? Is it right to murder a criminal? Does that make you a criminal? Kevin asks why can’t we just wipe all the criminals clean? The professor explains that’s what Hitler and Mussolini tried to do and look how that worked out. Chalk up a point for the professor. Nothing shuts an argument down like genocide. You can try that at work sometime:

“Hey, you need to get into office earlier.”
“You know who can’t get to the office early? The six million Jews who died in the Holocaust.”

Revenge consumes Kevin, and he begins a downward spiral into madness. His animations become increasingly frenetic and disturbing. They include images of cobras, wolves, bear claws, monsters with sharp teeth, and a guy being hung. Once again, he does not get a good grade, nor should he.

This plunge into darkness and pandemonium is what makes Young Warriors a true pleasure to watch. As the movie progresses, each scene gets more and more violent and far-fetched. There are drug deals gone bad, a helicopter explosion, and a jukebox that dies in slow motion. Kevin gets busy with a hooker. This movie never stalls; it keeps getting better and better. And better. And at some point Scott shows up in army fatigues and a crop top.

I love how Lawrence D. Foldes starts with a classic T&A comedy and turns it into a treatise about violence and society. It’s two different films rolled into one, but in a good peanut-butter-and-chocolate way. At its heart, Young Warriors explores how bloodshed can lead to more bloodshed. It meditates on the crushing feeling of being powerless and the emptiness of revenge. I love these pseudo-intellectual themes in a movie where one bro claims motivation comes “from north of the knees and south of the bellybutton.” I also love that the frat boys are somehow not the ones doing the raping.

You should know that this movie is dedicated to King Vidor. 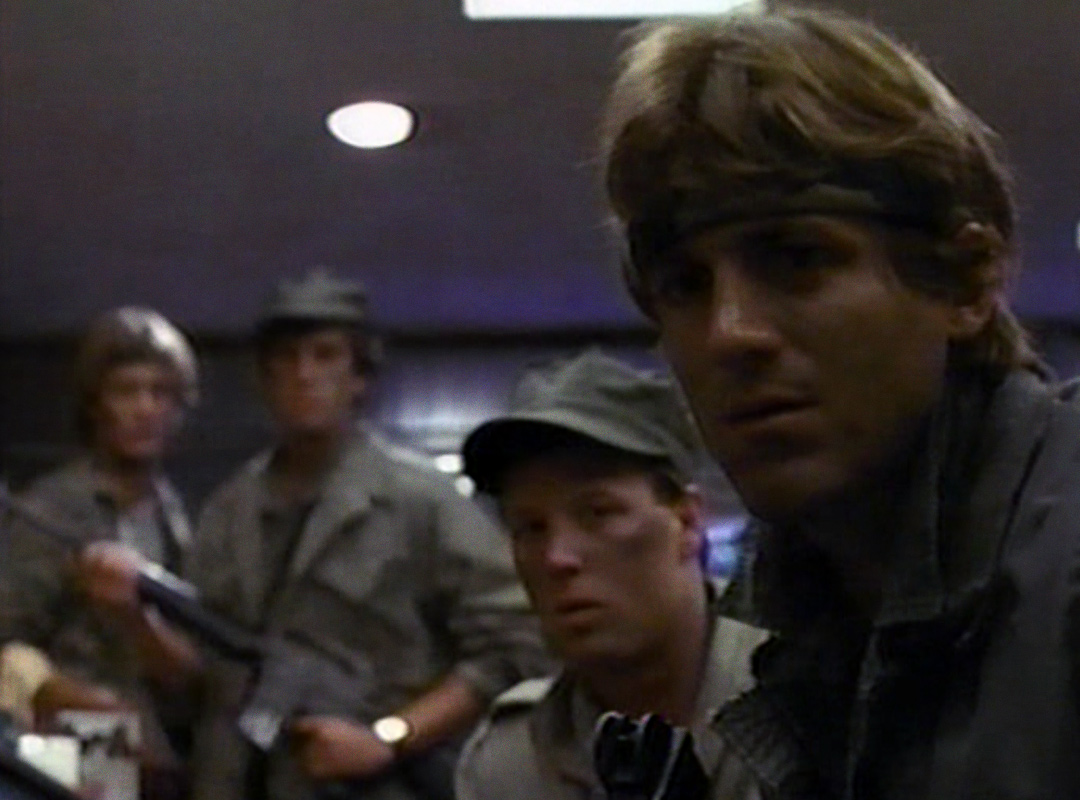 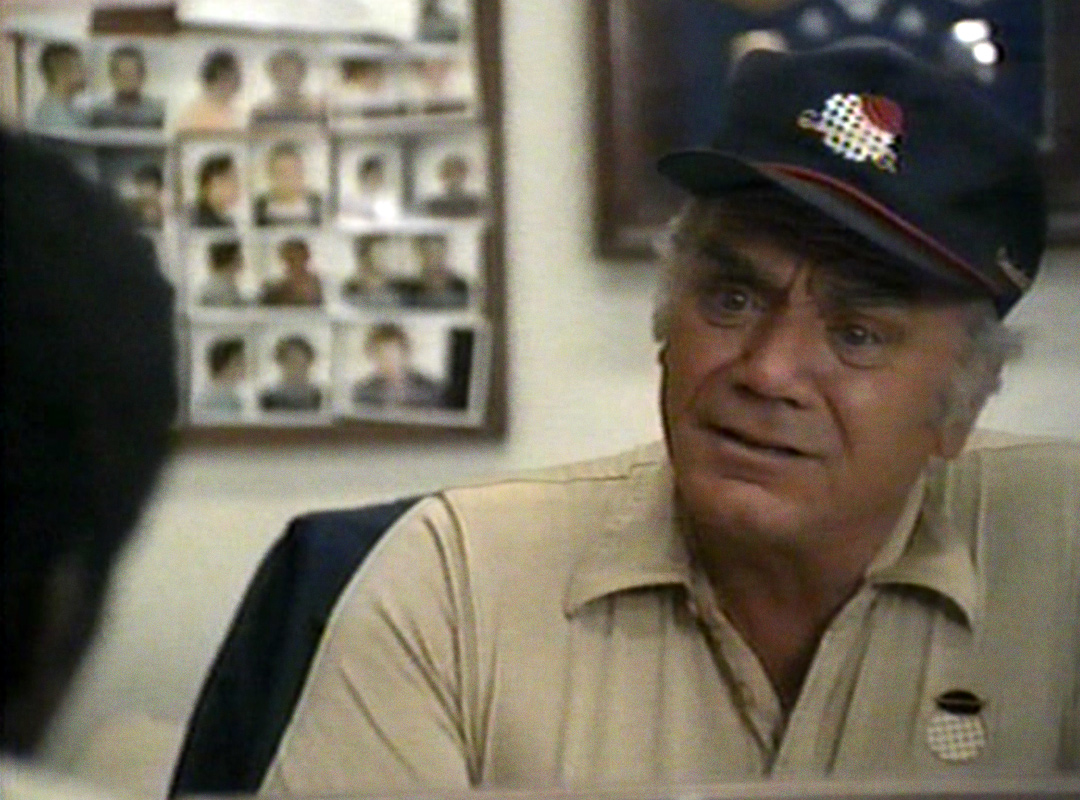 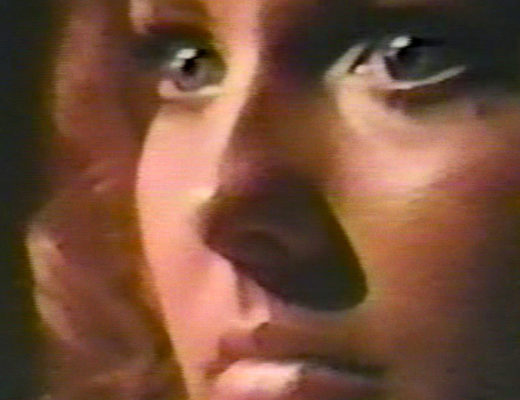 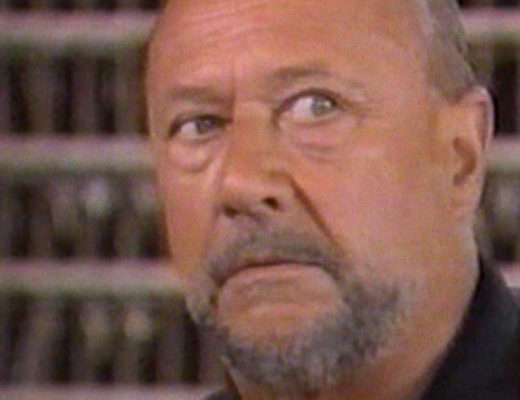 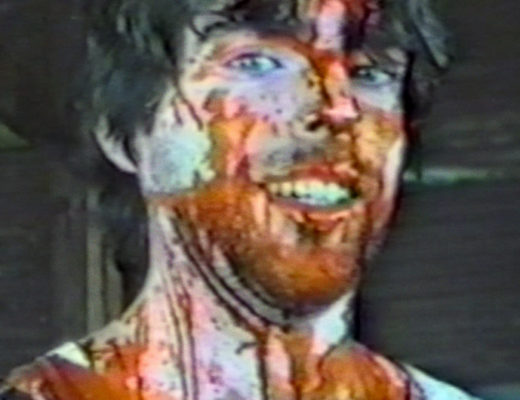