After starring in 100 movies over the past two decades, Tina Krause has established herself as an unstoppable warrior from the DIY fringes. Limbo is the first — and to this day, only — movie written and directed by Krause. And it’s truly invigorating. Limbo presents three days in the life of a woman named Elizabeth, as she deals with identity issues, sexist mouth-breathers, supernatural manifestations . . . and a possible trip to hell. Combining video collage experiments with dreamy horror mood, this is what might happen if David Lynch and Nine Inch Nails collaborated on a shot-on-video horror movie. Previously only available via VHS, AGFA and Bleeding Skull! are honored to present a brand new transfer of Limbo from the original S-VHS master tape. 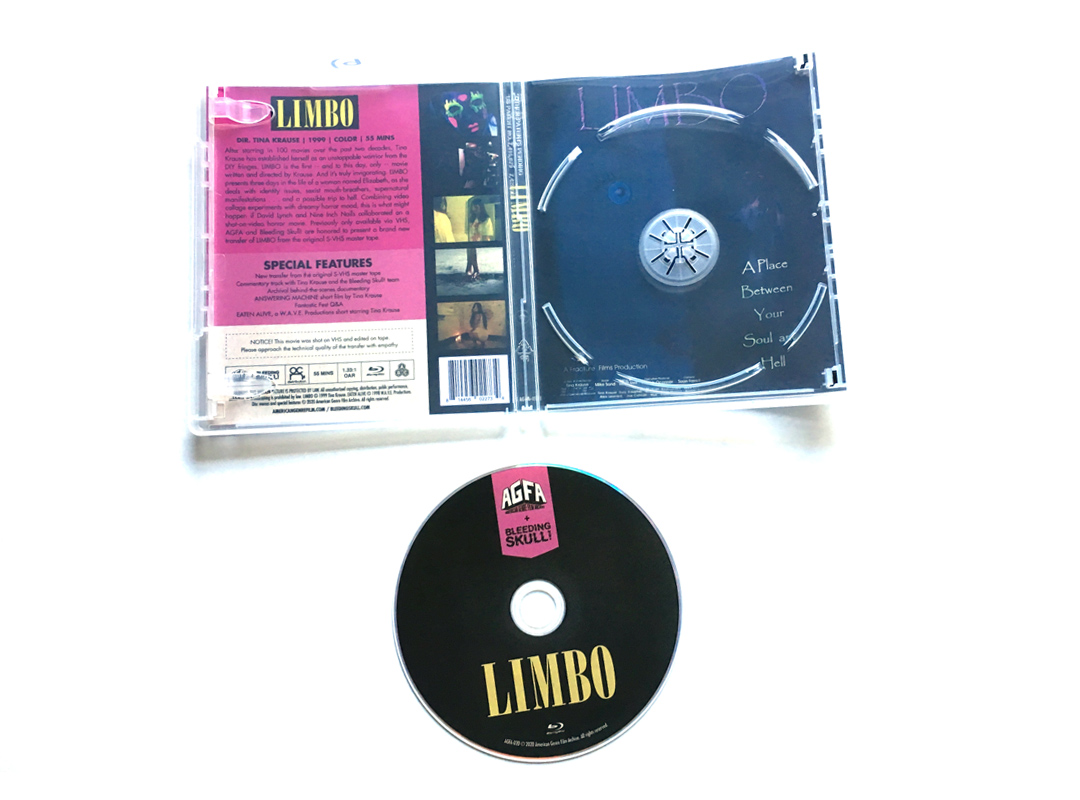 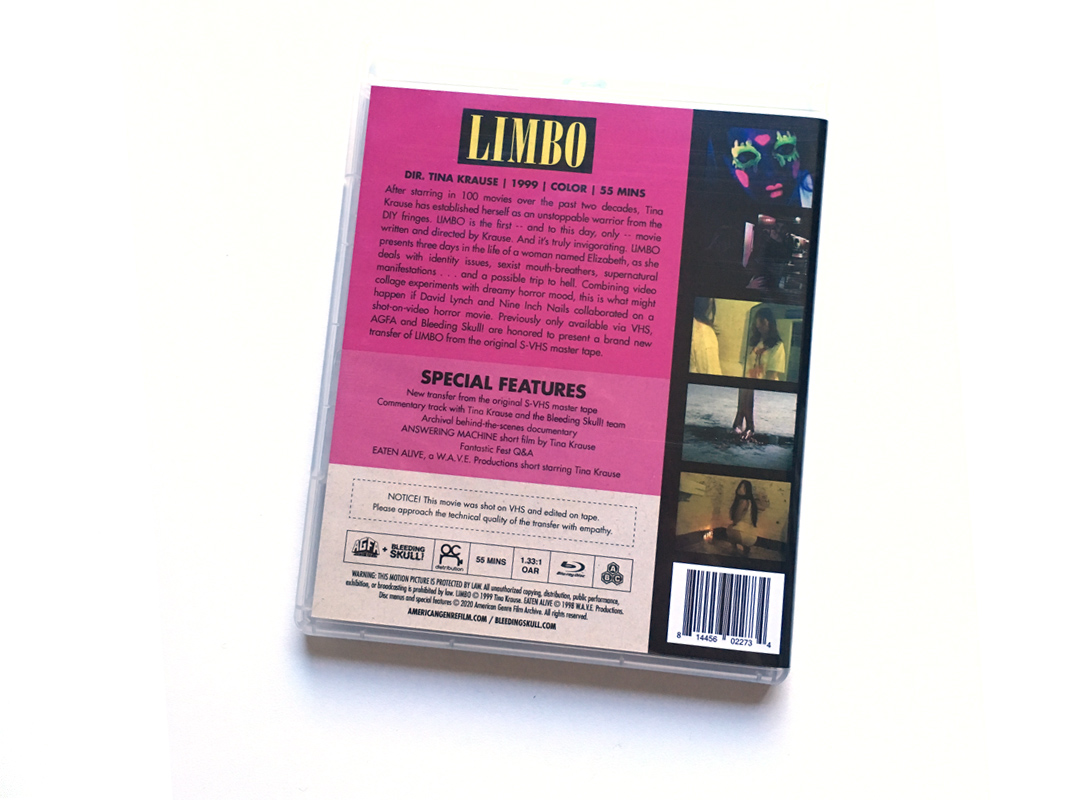 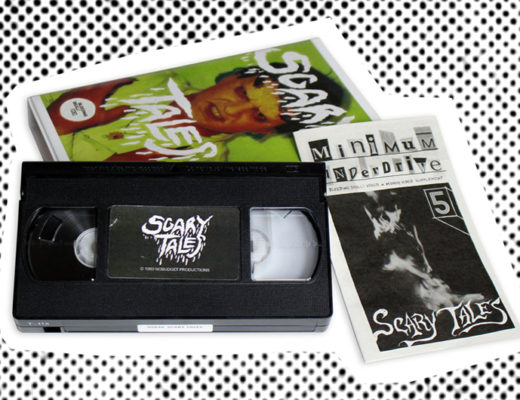 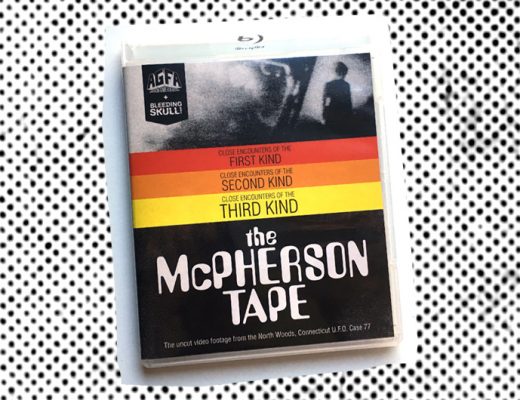 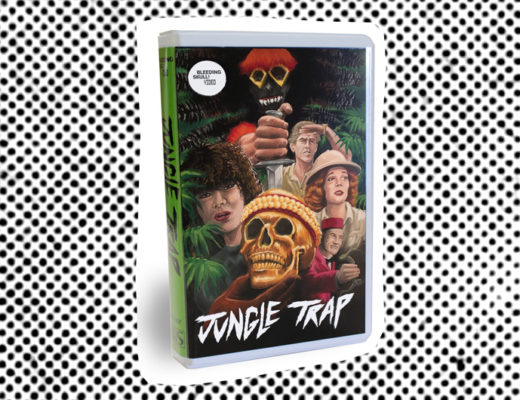