Curse Of The Headless Horseman (1973)

Directed by John KirklandSomething Weird DVD
Posted on May 27, 2010
By Dan Budnik

It’s really not about the horseman.

This isn’t a Sleepy Hollow remake. Curse Of The Headless Horseman was made by Leonard Kirtman, who made Carnival Of Blood. If you haven’t seen that film, then you might not be able to catch the rhythm and feel of this one. Curse seems like it’s starting off with a plot of some kind.

A very serious narrator introduces us to “the kids.” They are a bunch of grown-ups. They might be hippies. I’m not 100% sure. But, they all hang out together. And, when one of them inherits some land with a Wild West Show-thing on it, all his friends join him and decide to try and “put on a show!” But, there is a legend on this land: The Legend of the Tamal Moon. And, the longer they stay, the greater the chance that they will be menaced by the Headless Horseman who protects the land.

The scenes that seem very ad-libbed are the sure sign of The Kirtman! The narrator who goes on menacingly is very Un-Kirtman. But, he didn’t produce or write this one. All “the kids,” I would warrant a guess, are not actors. I would warrant another guess: They are friends of the producers or there is some sort of link. The main couple, the ones who seem very square with jobs and plans of marriage, seem like actors. I think I’ve seen the guy somewhere else. But, all “the kids” (and there are a lot of them) are glorious amateurs.

And, this is where the other film comparison slides in: The Howling: New Moon Rising. Clive Turner’s Valentine to the people of Pioneertown. That film has a plot, it has a lot of plot, but it moves and shift and vanishes under the weight of all the appearances by Turner’s friends and buddies…and all the little in-jokes (Dicktheria, anyone?). All those strange moments that everyone in the film laughs at that the viewer needs to watch multiple times just to sort out what the hell is happening.

Curse Of The Headless Horseman feels exactly like that, except not as well-shot. “The kids” are, generally, very vaguely defined. There’s the two showman guys, the “mystical” gal, the older couple who seem grounded, the slightly fey guy, the guys and gals that never quite get defined…they’re all here. Skippy, Jimmy, Bella Sue, Ron, “The HoDaddy!”, Dick Vermillion, Jennifer Brown and the Torrential Twins. And, they go on and on. They goof around, dance, do some comedy and keep the whole pace of the film off balance. When you think things should be swiftly moving towards the climax, people are still doing their party pieces.

Now, I love this movie. I think it’s full of joy. It’s people having a good time. Hanging out and goofing around in some of the cheapest looking shots ever. It’s the fact that the film looks like a very cheap early-70s film coupled with the strange freeform feel of the characters and their stories. From the Wild West stunt men who seem to be real Wild West Stunt Men to the strange appearance by Ultra Violet to the ramblings of Solomon the Old Caretaker with his strange makeup to the cover of the Bob Dylan song being sung during the scene where the man is sexually assaulting his “girlfriend” behind the Stagecoach, the movie has it all. A focus, however, is required.

Carnival Of Blood should definitely be watched first.

Like The Last Slumber Party, if you’re not paying full attention, this film looks like incoherent ramblings where nothing happens for long stretches. But, focus…focus. And, it’s all there. And, it’s bitchin’.

Some movies stand on their own. Some need the context of what’s happening around them. Sometimes, rarely, films need context that’s even further out. Ten minutes talk with the producer/writer of this film would clear everything up. I don’t want to have that conversation. 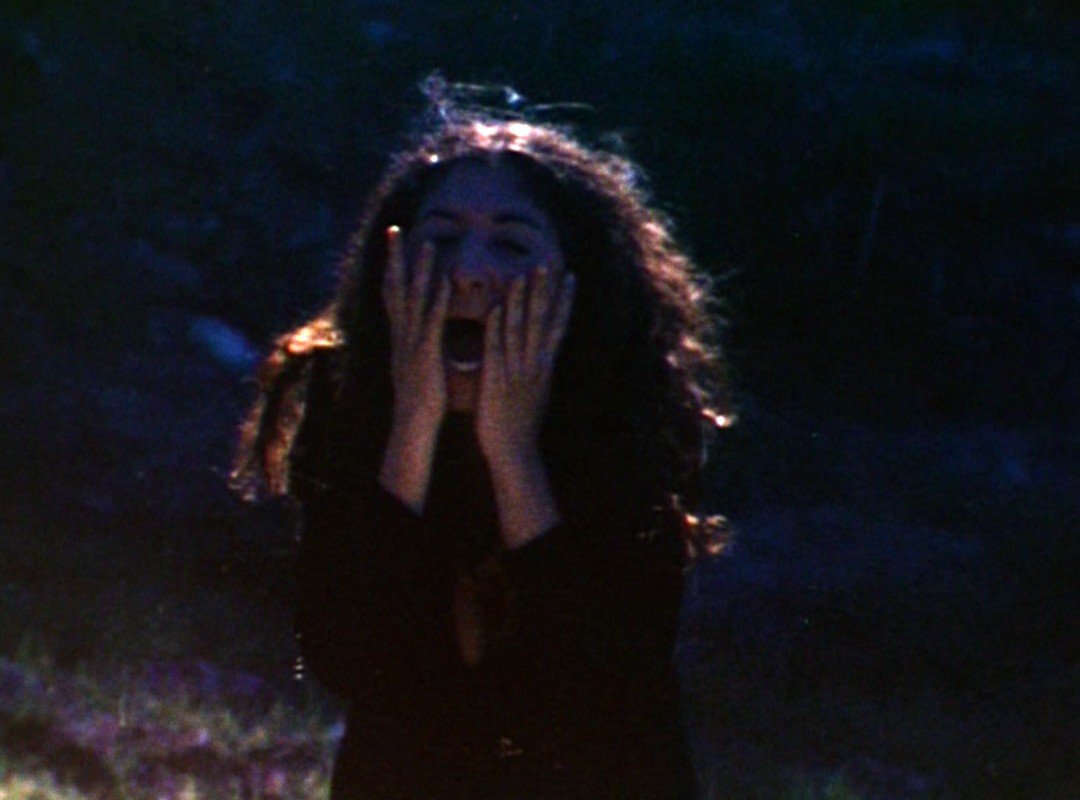 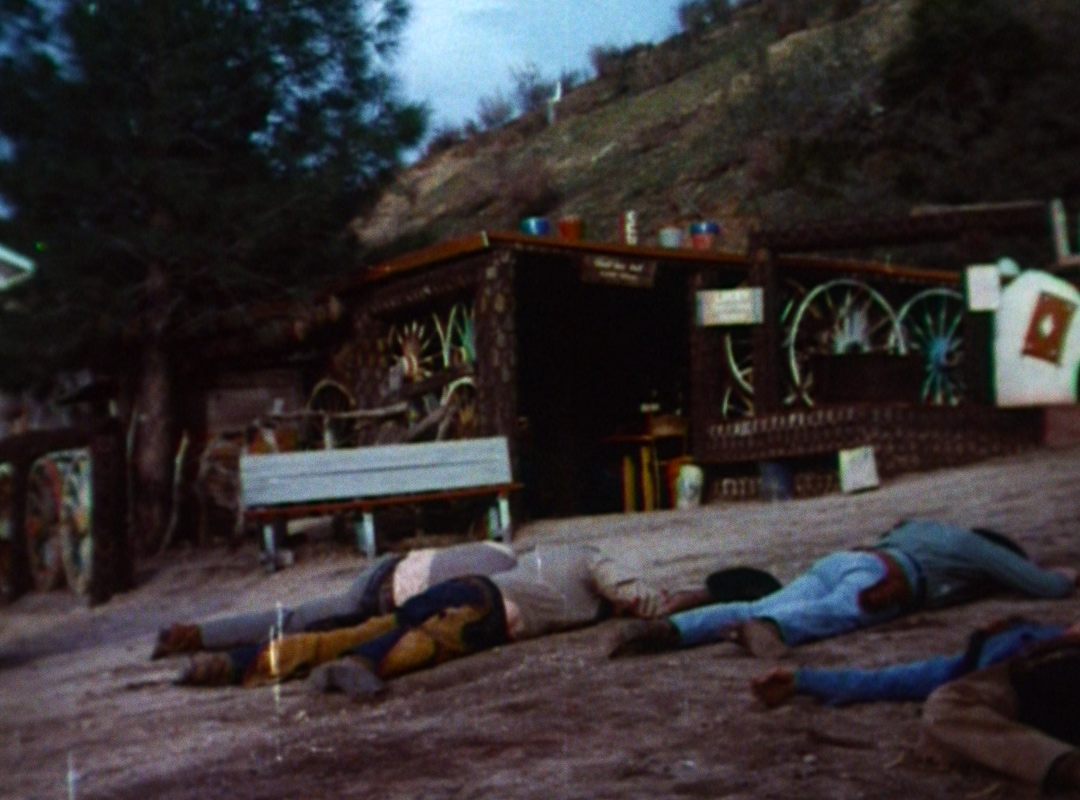 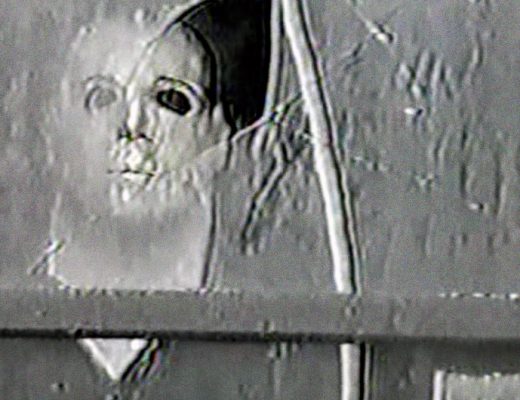 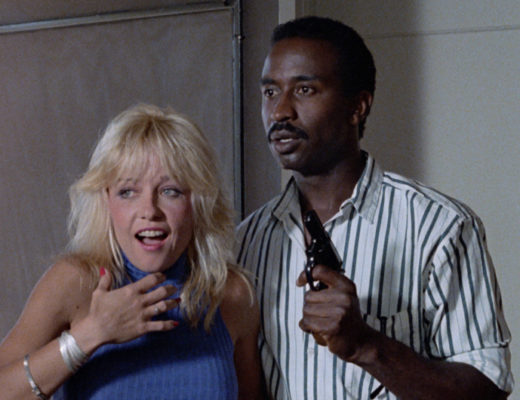 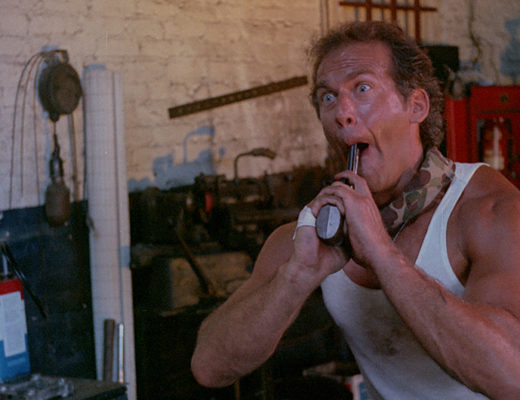