At some point during your youth, you got on a bus and went on a school field trip. Maybe to the science museum or the botanical gardens or that sad petting zoo where all the animals have mange. Maybe you took a bus to a track meet or, if you’re me, a marching band competition (snort). And while you were making eyes at the cute kid who gave zero shits about you or, if you’re me, finishing tomorrow‘s homework (snort), a teacher told you to “Stay on the bus!” As in, don’t leave it. Stay where you are. It’s something we were all told, a rule we followed. You understood that if you left the bus, you might get left behind. You might get stranded. Lost. You could get raped and murdered. Or, at the very least, tracked and killed by a bunch of rednecks. One of those rednecks may or may not have a bow and arrow.

A baseball team called Babe and the Ballgirls is playing a bunch of drunk rednecks because…why not? They’re playing in a national forest because…why not? The Ballgirls wear gold short-shorts with their shirts tied up in a knot. They wear no bras because…why not? Sometimes your breasts just want to be free. They want to jiggle to and fro in a white deep v-neck. The star pitcher is named Babe. She is, in fact, a babe. The manager is named Midnight, even though he’s not a cat. Really, everyone should call him Huey Lewis because that’s whom he looks like.

The rednecks lose, though they did manage to work in some choice groping. Mino Collins is pissed. He lost a thousand redneck dollars on the game. He’s particularly disappointed in his son Roy, who failed to deliver on the field and got a ball chucked at his testicles in slow-motion. Mino imparts some knowledge that he learned in the war: “You win, you survive; you lose, you get nothing” and “There is no such thing as pain.” This man truly deserves a “Greatest Dad” mug. He’s even greater than my dad, who said, “Vegetarians have faces shaped like a V.” Roy’s upset because his dad’s a jerk and decides that some poontang will help him feel better. Luckily, there’s a whole busload of poontang.

The Ballgirls are instructed to stay on the bus as Midnight goes off to collect their winnings. Two girls, of course, decide to leave the bus, and so we learn exactly what happens when you do that. Roy and his friend, enticed by the irresistibly hot trim, attempt a double-rape. Shirts are ripped, breasts are bared, and Midnight comes to the rescue, only to get stabbed. One could say that it’s permanent midnight for him.

Now Mino Collins is even more pissed. Not only has he lost $1,000, he’s also lost his son. During the double-rape, Roy got killed by a dumpster. Mino declares war against “those bitches” and a pursuit ensues. The Ballgirls’ bus pulls up to an abandoned gas station. A few girls leave the bus, and again we learn what happens when you leave the bus: rape. The attempted kind. Moments later, the Ballgirls’ bus gets stranded in the forest. The girls, once again, decide to leave the bus and go into the woods. This movie would not exist if everyone just stayed on the goddamn bus. Mino and his redneck men, armed with rifles, binoculars, and their rape-hungry schlongs, go on the hunt to pick the girls off.

Blood Games is generous and loving, not unlike your Nana. There are plenty of redneck antics (meaning they drink beer), messy popcorn-eating, bullets that miss at close range, and guys falling into rivers. There are also many hats with witty sayings: “Back Off,” “Don’t Worry, Be Happy,” and “The Check is in the Mail.” One redneck wears a shirt that says “Hotrod,” which I can only guess is an ode to his penis. The extended locker room shower scene is a gem as far as extended locker room shower scenes go. Here girls are massaging each other, spraying on deodorant, brushing their hair, stripping nude, and blow-drying their breasts because that’s how you get them dry. They also have heartfelt conversations about body image, feminism, and fashion:

(Note: A g-string is supposed to go up your butt. Complaining that it’s giving you a wedgie is like complaining that your socks are covering your feet. But this is a minor detail.)

This movie is fast and loose with two things: nudity and slow-motion. Clothes get torn off at half-speed, and girls dodge bullets and rapists very slowly. Everyone cocks their rifles in slow-motion, aims and shoots in slow-motion, and dies in slow-motion. It’s all very dramatic. There’s a sequence where one girl trips at a leisurely pace. It’s shot in silhouette against a majestic backdrop of towering sequoia trees. It’s a rather gorgeous scene and it’d probably be tasteful if she weren’t topless.

Blood Games is what critics might call a “fun, sexy romp…lighthearted, dramatic…and full of bawdy humor.” It’s actually very slick — perhaps a little too slick. I expected this movie to be more ham-fisted given its trashy premise, but the editing is well done. The score of watery guitars and jittery piano riffs is rather premium, and even the acting is mostly palatable. This movie was crafted by professionals, though the concept was clearly conceived by cheap beer. Blood Games is a studio picture and so it lacks that DIY aesthetic and urgency we know and love. But the passion comes out in other ways, specifically through frequent panty shots, beer cans that say “beer,” and an arm-wrestling contest.

You should know that this movie is also called Baseball Bimbos in Hillbilly Hell. 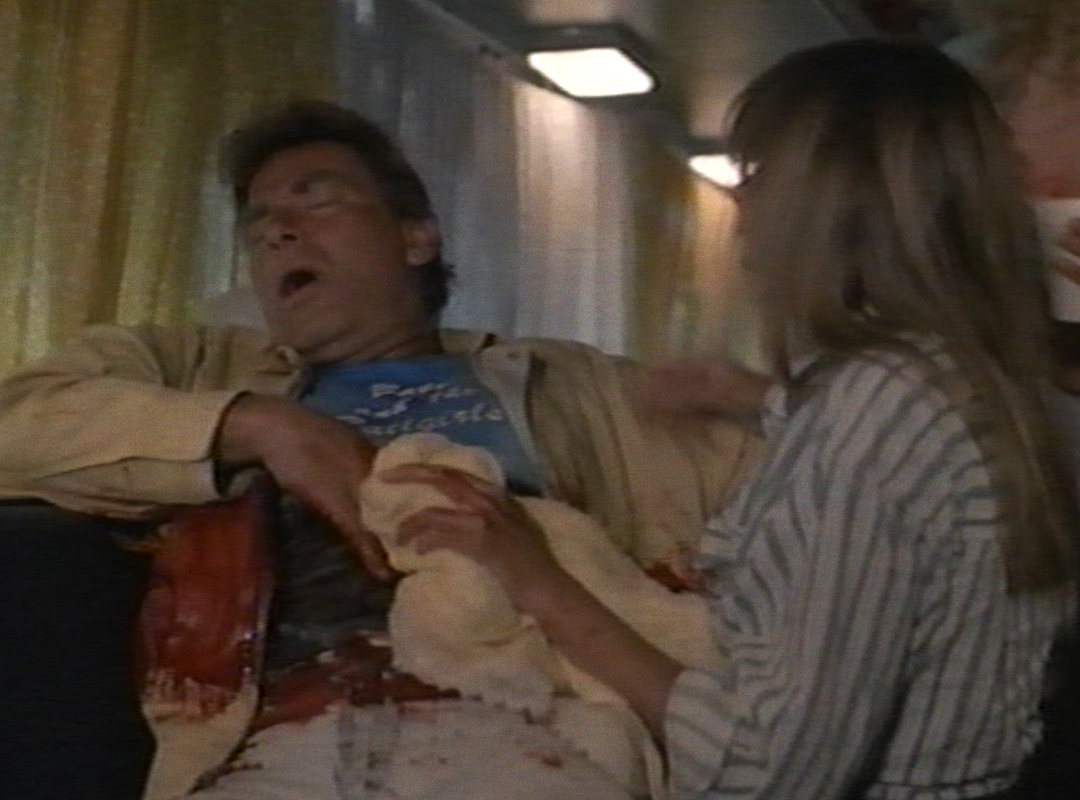 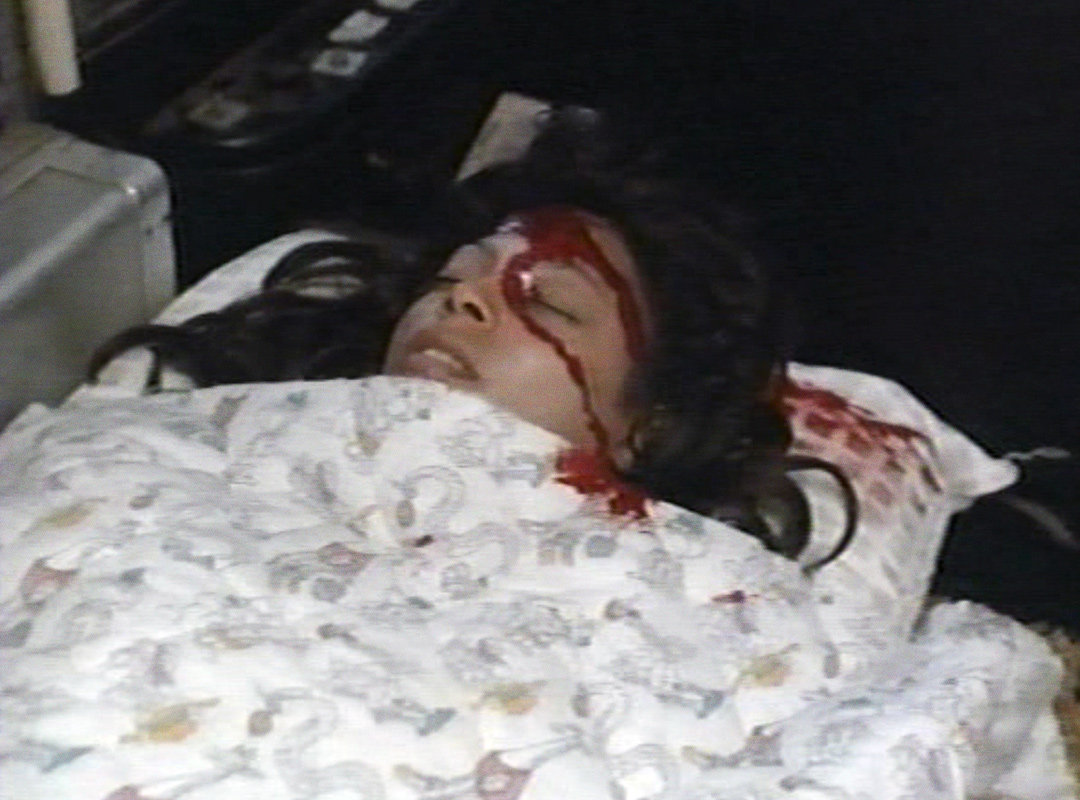 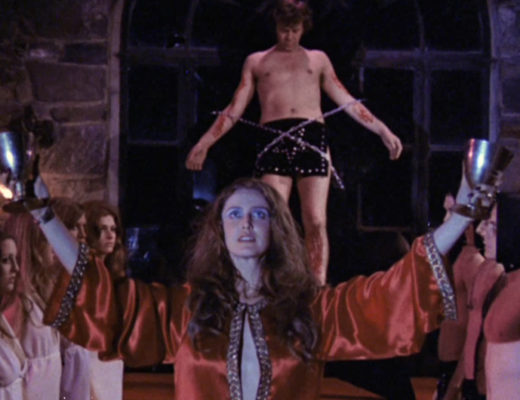 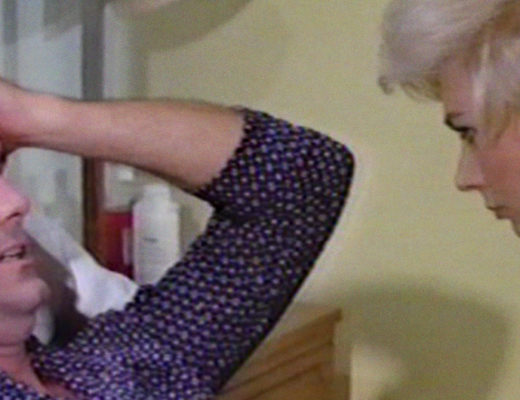 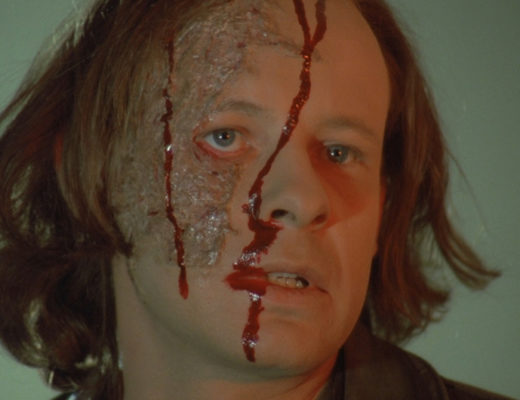