There is no greater horror sub-genre than the one known as “shitty kids.” And no shitty kids are shittier than the shitty kids in Blood Brothers.

In the sun-bleached wasteland known as Largo, Florida, the Blood Brothers — two twelve-year-old boys with six-year-long mullets — snort piles of cocaine in an abandoned house. They cut their wrists in a blood pact and say, “Blood brothers forever, man.” From there, the Bloods embark on a rampage. They smash a kid’s hand with a hammer at least two-hundred times. They stare at a dead skunk. The Blood Brothers remove a kid’s tongue with a pair of pliers, then rub it on their crotches and say, “Head the hard way.” One Blood Brother begins to hallucinate that the other Blood Brother is wearing a white sheet and waving an alligator skull. He doesn’t like that. So he removes his brother’s intestines. And penis. The havoc climaxes with a literal backyard abortion, a Blood Brother reincarnated as Jesus wearing neon swim trunks, and a heroin-induced montage of gore footage.

In 1994, underground artist Mike Diana went to trial on a charge of obscenity for his comic book Boiled Angel. He became the first person in U.S. history to receive a criminal conviction for artistic obscenity. In 2018, Diana’s unbelievable story hit the big screen via Frank Hennenlotter’s excellent documentary, Boiled Angels: The Trial of Mike Diana. But before all of that, Diana was a rebellious, ultra-creative teenager who saved money to buy a camcorder so that he could make Blood Brothers.

For this, I am eternally grateful.

Blood Brothers is a seven course meal for connoisseurs of bad taste. Like Hawk Jones, this movie presents an adult world that is mostly populated by humans who weren’t old enough to drive. But if the “grown up” equivalent of the happy-go-lucky world of Hawk Jones is Action Jackson, then Blood Brothers would be The Last House On Dead End Street. The psychology of Blood Brothers was damaged in the same suburban war zone that left Mike Diana permanently scarred. Out of the rubble, we find a primordial angst that can only be satiated by pounding the keys of a Casio SK-1 keyboard, kindergarteners huffing glue, and a kid smashing a television over another kid’s head. It’s disturbing, inconceivable, and hilarious — a real-life Trash Humpers that’s a thousand times more watchable than Harmony Korine’s art-fart sleeping pill.

Blood Brothers will test your patience. The out-of-tune acoustic guitar thrash on the soundtrack will make you want to staple your ears shut. There is also a lot of screaming. But I’ve never seen another movie where a six-year-old gets pulled in half and his guts spill onto the concrete. Blood Brothers utilizes the same anti-aesthetic spirit of movies like Carl Sukenick’s Alien Beasts, songs like Lucia Pamela’s “Walk on the Moon,” and novels like Ron Haydock’s A Whisper of Silk. These are snapshots of raw, undiluted creativity that feel like they oozed out of the broken brain of a lunatic from Mars. All of them should be cherished unconditionally.

After 50 minutes of chaos, Blood Brothers ends with a handwritten card that says, “Special thanks to all those that made this here film possable [sic].” 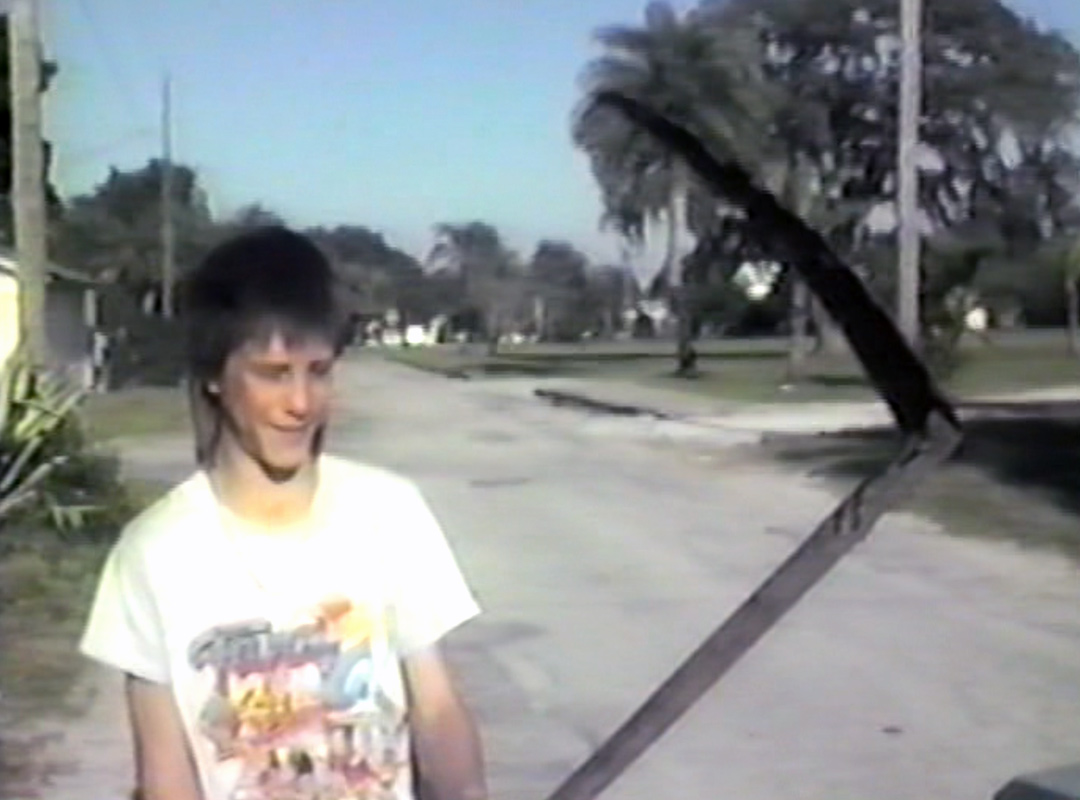 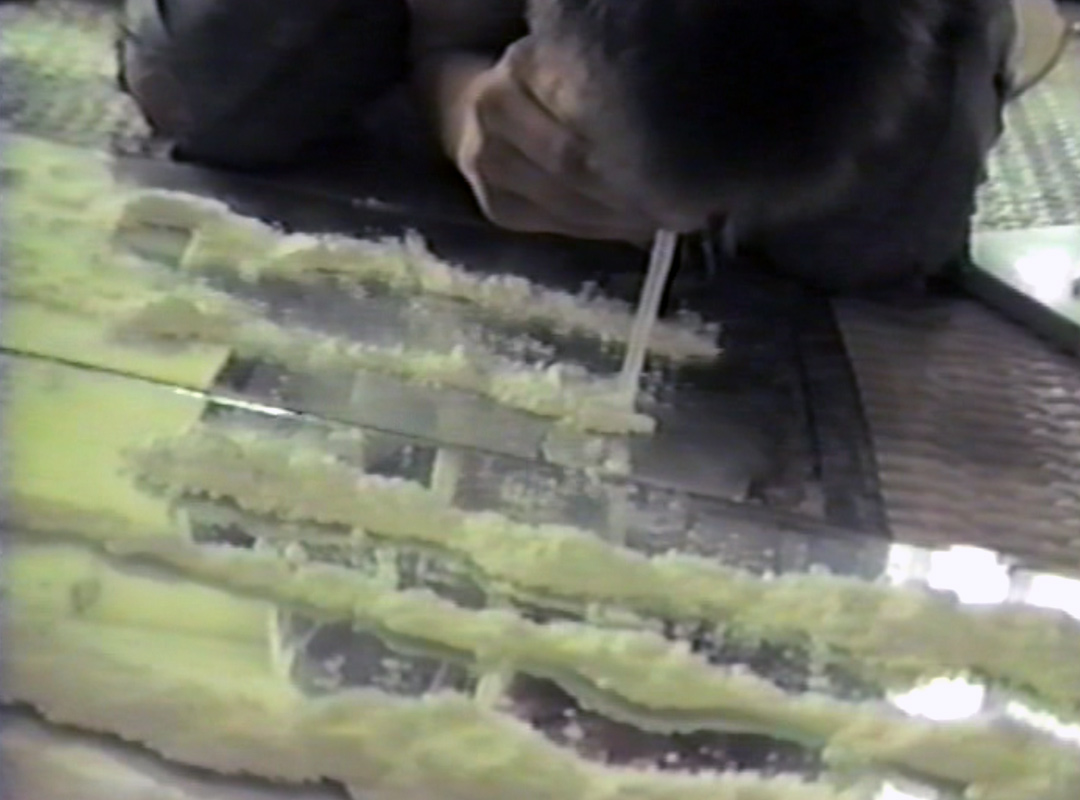 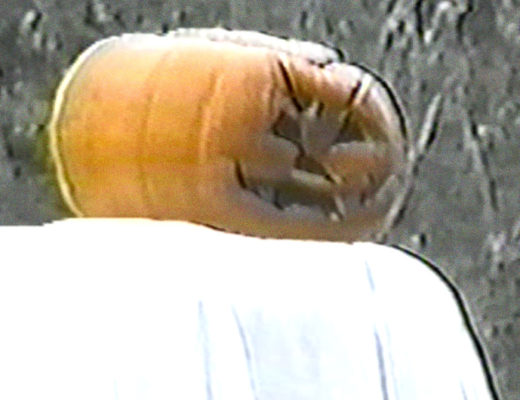 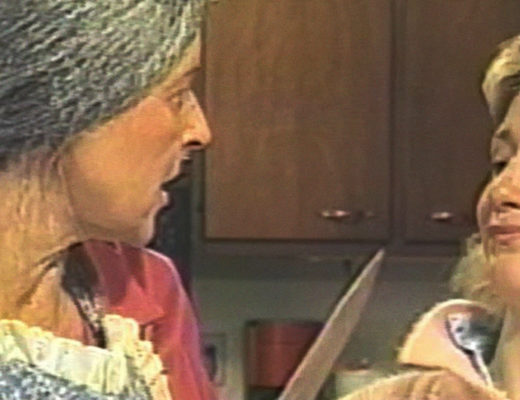 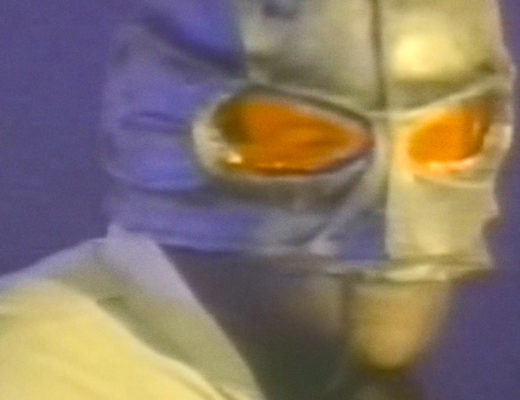