I’ve never cared for Freddy Krueger’s outfit. In fact, I’ve always felt that Freddy would have been more imposing if he wore a white dress shirt and stonewash jeans.

Satan’s Bed is a dirt cheap Indonesian rip-off of A Nightmare On Elm Street, but with improvements. This movie doesn’t mess around with building characters, tension, or storylines. It gets down to what audiences really want — people hanging out in a pool, a prominently displayed t-shirt that says, “This is my SEXY t-shirt,” and Freddy shooting fireballs out of his mouth. Granted, there’s only about 30 minutes of genuine entertainment in this 82 minute movie. But those 30 minutes are more than enough to establish Satan’s Bed as a force of nature.

It’s Christmas day, 1941. A family sings “Silent Night” in their living room. An intruder enters the room and shoots everyone with a pistol. One guy gets shot in the face. The gunman is supposed to be Freddy. I don’t know about you, but I think that this is a much more believable backstory for Freddy Krueger.

From there, Maria and her friends pile into a Jeep. They almost hit an old man on a bike. Maria sees visions of little girls jump-roping. She also has dreams about laser beams. Then Maria is in a bathtub. Freddy’s glove appears between her legs, just like it did in A Nightmare On Elm Street! But here, there is full frontal nudity, puke-green bath water, and music that leans heavily on a Casiotone’s “Jazz Organ” setting.

The rest of the movie bounces between conversations in pools, offices, and bedrooms, recreated scenes from A Nightmare On Elm Street (Freddy cutting off his own fingers, a girl getting thrown around a room after having sex), and innovations to the Elm Street mythology. For instance, Freddy has a sidekick. She is a succubus. She helps Freddy when he’s tied up with something else, like hiding behind a tree. At one point, Freddy and his pal face-off against a martial arts shaman. To combat him, they remove their own heads and use them as weapons. Freddy’s head bites the shaman on the penis. Freddy also utilizes flying swords and skeletons that wear wigs. Freddy is defeated when someone hits him with a large crucifix and he falls over an upstairs railing.

Satan’s Bed is filled with empty spaces. Maria walks around her house. A retarded handyman makes faces. Maria walks around her house some more. These pockets of nothingness should sink the ship. But they don’t. After Freddy’s first appearance in the bath tub, we get by on our eagerness to see him again. That’s where the fulfillment lies in this movie — anticipating the next appearance of a skid row Freddy Krueger who dresses like a dad and brings feats of madness with him. The same could be said for Mahakaal, the Bollywood Nightmare On Elm Street, and Khooni Murda, another Indonesian variation. But both of those movies were released in the late 1980s. By that time, filmmakers were in on the joke. Mahakaal featured a Michael Jackson impersonator and Khooni had a scene of Freddy taking a shit. Satan’s Bed was produced immediately after the release of the original Elm Street. It’s obviously sincere. This is Indonesian filmmakers watching Elm Street and saying, “We could do this so much better.” In many ways, they succeeded.

Like Srigala, the Indonesian Friday The 13th, Satan’s Bed is an incoherent, semi-boring movie that transcends its limitations by simply existing. But where Srigala is a speedboat movie that just happens to have Jason Voorhees in it, this is a fake Freddy Krueger movie that just happens to have Freddy Krueger in it. It completely satisfies. Even though it’s dubbed in French. Plus, this Satan’s Bed does not have Yoko Ono in it. That’s even more reason to celebrate. 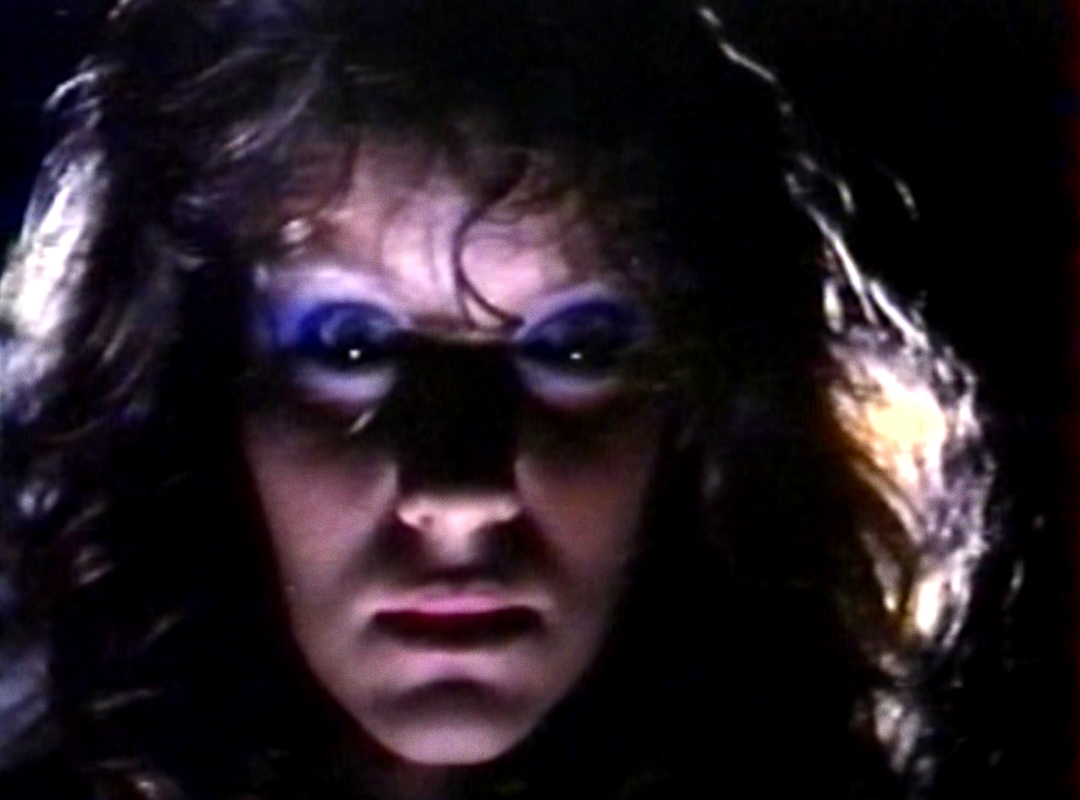 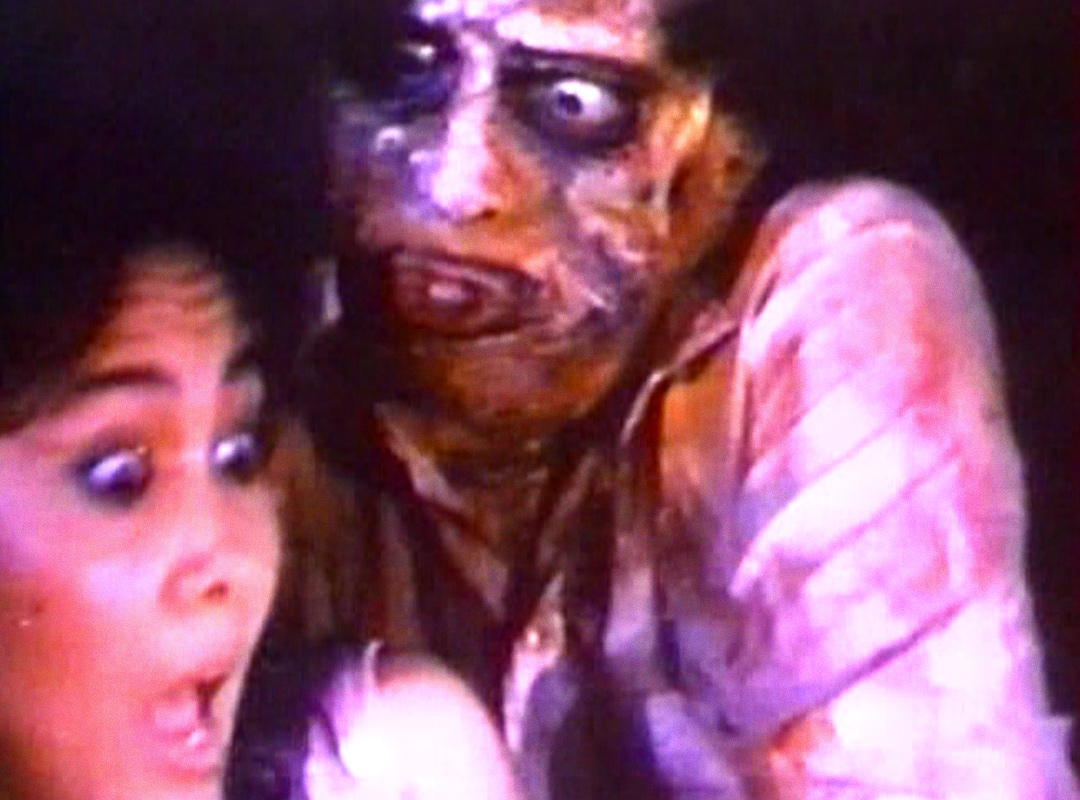 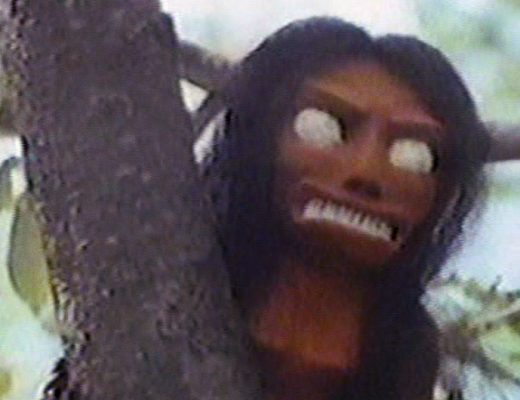 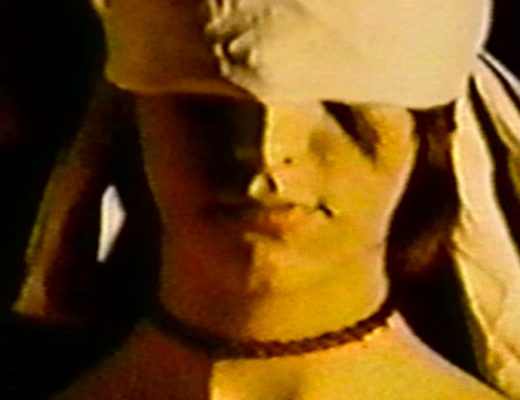