Directed by Jesse BergerSomething Weird DVD
Posted on March 12, 2013
By Joseph A. Ziemba

This movie is about a guy with a mustache. His name is Master. He watches naked people on computer screens through the magic of a “remote camera.” The camera is controlled by Master’s mute servant, Brother, who also has a mustache and looks like Ron Mael from the band Sparks. Sometimes, Master has sex dreams before making love to a mirror. Other times, he declares, “Love doesn’t exist! When you give what you think is love, you really give away whole sections of your mind!” Master commits suicide by shoving an arrow through his stomach. Brother touches the wound and wipes blood all over a TV screen. Then there is a twist involving a woman speaking directly into the camera. Why am I revealing all of this?

You shouldn’t watch Electronic Lover. Even if the one-time filmmakers behind this movie quadrupled the suicides-by-arrow-tip, cinéma vérité sex, and empty shots of blinking electronics, you’d still hate it. That’s why I gave everything away. It frees me up to talk about more important stuff, like how much I loved this movie.

Nine times out of ten, black and white sexploitation films are a waste of time. That’s mostly because Barry Mahon, Dave Friedman, and countless others were more concerned with boobs than creativity. Film was exposed. Bras were removed. Money (sometimes) rolled in. And that was that. The process of manufacturing these films wasn’t much different than the process of manufacturing tooth paste. The movies just had better ads.

But for every Barry Mahon, there’s a Doris Wishman. And for every Psychopathia Sexualis, there’s a Stick It In Your Ear. Meaning, I’ll sit through two hundred painfully dull movies like Sex Circus to get to the good ones — the ones that are unintentionally artsy and mind-blowingly surreal. I’m talking about movies like Henry’s Night In, which exhausted the possibilities of the Invisible Man and invisible sex. Or movies like Massacre Of Pleasure, which was directed by “Jean-Loup Grosdard” and featured people getting beat up by a guy wearing an eye patch. Or movies like Electronic Lover.

Claustrophobic and incredibly cheap, the experience of this movie is like projecting Andy Warhol’s Vinyl over a performance of a high school garage band called “The Fludd” who recently discovered Procol Harum. As long as you’re paying attention, there’s always something to look at and always something to infer. But none of it makes sense. And, if any single element was removed, it wouldn’t work. The boredom would overtake the beauty of the random audio/visual massage. Electronic Lover feels like a living photocopy and sounds like a mixtape for dungeon dance parties. Whites and blacks smear over shots that cut off human heads in favor of shower heads. Zooms are used for no reason. Sets are either bustling city streets or four black sheets suspended around a bed. The “hidden” footage remotely captured by Brother is hilariously illogical. It’s all multi-angles and ugly close-ups while the “real” camera cuts to Brother sitting on a fire escape. A lengthy lesbian performance art scene feels like it escaped from Jess Franco’s Vampyros Lesbos if Vampyros Lesbos was not sexy. Electronic jumps from dream sequence to dream sequence without letting us know. Moog blips, organs, and melancholy psychedelic rock punctuate scenes of Master losing his shit whenever Brother turns off the camera. And that camera gets turned off a lot.

Technical insanity isn’t everything. With this era of sexploitation, there has to be a complement — something that pushes our joy over the line. In the case of Electronic Lover, it’s the tone. This movie isn’t trying to shock or upset the audience. It’s not shoving a lobster claw into a vagina, like Michael and Roberta Findlay’s The Kiss Of Her Flesh. Electronic is simply a quiet, sad, and nonsensical sci-fi fantasy made by stoned hippies with Something To Say. The mood is relaxed. No one’s going to hurt us. Instead of making yet another movie with people having sex through their underwear, the filmmakers decided to make THIS. That makes me happy. 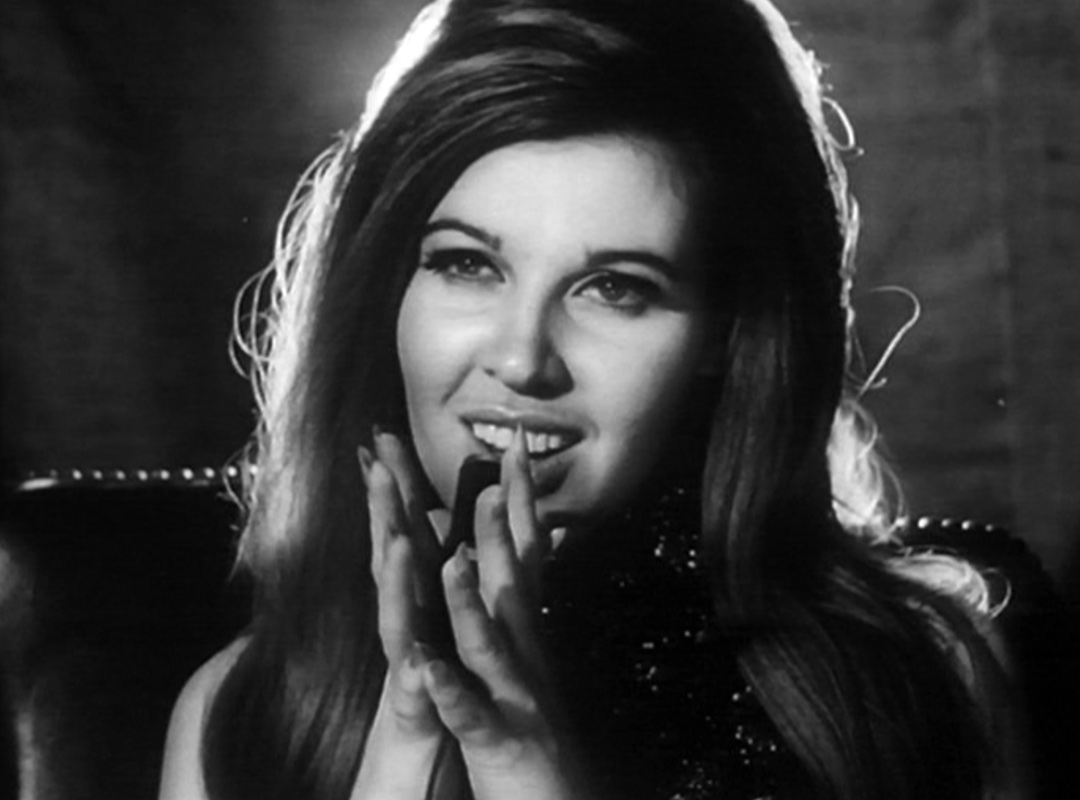 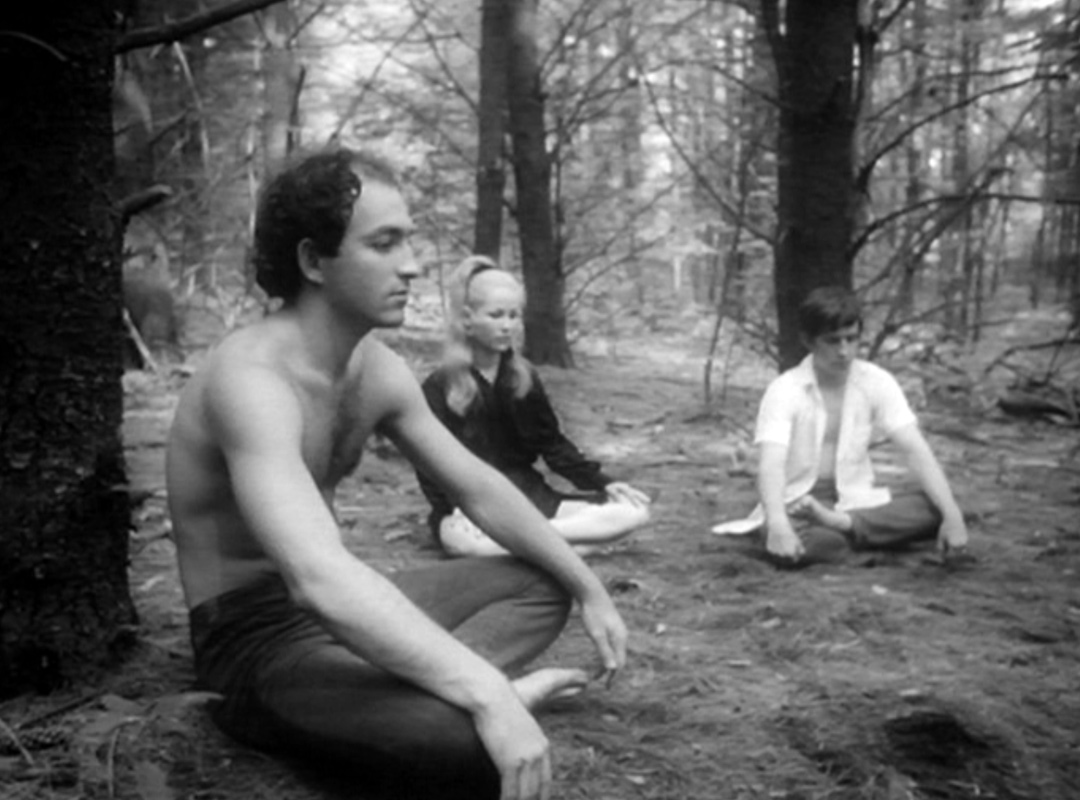 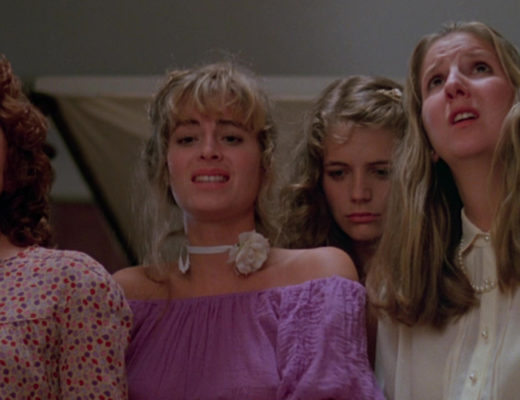 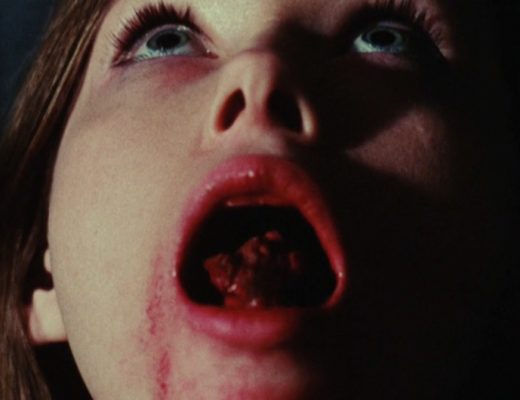 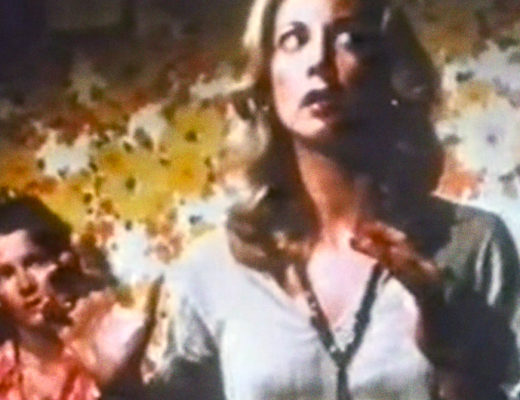