Shadows stalk the night. Some belong to desperate men in hobo masks; others to switchblade-wielding new wave dominatrixes. But they’re all cast against the urine-soaked asphalt by the throbbing pulse of sex-colored neon and remorseless gunfire.

Welcome to hatred, pain, suicide, misanthropy and inescapable hopelessness. Welcome to swastika cummerbunds, barbed wire strangulations and gambling-addicted priests impaled on wrought-iron fences. The apocalypse has a name, and it’s Cards of Death.

A permed she-sadist with geometrical facepaint caresses a hogtied cop (played by the movie’s director). “Tracy wants you to touch her nipples.” Then she hacks off his nose with a cheese slicer. Her teddy-clad colleagues run a fatal poker game using a deck of tarot cards. All male participants must wear old-timey rubber Halloween costumes, and the player with the lowest hand is axed in the heart by the winner. It’s all overseen by the mysterious Hog, a vein-bulging, malnourished psychopath who draws a spider on his forehead with a Sharpie when the heat is on. Hog and his lethal ladies are constantly upping the ante, leaving the streets of LA littered with disemboweled corpses.

Luckily, the police are on the case. Meaning they’re gritting their teeth, punching their desks and saying lots of swear words. One of them tracks down a 65-year-old hooker named “Grandma” and puts her in a headlock to extract info. Another takes the gentler approach, questioning a gold-hearted teenage streetwalker named “Map.” Later, the embittered, macho squad captain wears a loose-fitting, wide-shouldered pink tank top. Meanwhile, the agony increases. Fresh blood is erotically smeared across hairy chests. Women are smushed between pneumatic walls in The Crush Room. And a fat guy in a plumber mask stands in front of an electric orange lazerbolt as he revs a chainsaw.

Cards of Death is a shrieking, annihilating geyser of unadulterated roguishness. A categorical celebration of every last one of of mankind’s basest sins. Cocaine, masochism, gambling, alcoholism, forced intercourse and worse are paraded across the screen like courtroom evidence in a trial against the human race. Most no-budget horror films will inject levity to temper violence, but humor doesn’t exist in this world. Just desolation, misery and homicidal lust. That is, until the zany end credits sequence featuring a hospital-bound man with severed fingers futilely struggling to chug whiskey through his face bandages.

Admittedly, that’s not most people’s idea of big laffs. The wide-eyed viewer is left wondering what kind of heartless lunatics were responsible. Information is impossible to find as the movie itself barely exists. No IMDB listing. Scant coverage online. It was never released in any form in the US or Europe, but was somehow given a minimal VHS run on Sony’s sub-sub-sub-label Exciting Video in Japan. Even some of the movie’s credits obscure the identities of those involved, like the executive producer who chooses to be listed simply as “LJ.”

So who’s to blame? The answer is more shocking than the movie’s relentless perversions. Cards of Death is the sole feature-length directorial effort (so far) from William “W.G.” MacMillan, the Ohio-born hard-times tough guy who starred in George Romero’s The Crazies and appeared opposite Clint Eastwood in The Enforcer before embarking on a long, fruitful career in studio films and TV. This makes MacMillan a major anomaly in the world of camcorder horror: A seasoned professional who had already cut his yellowing teeth on the Hollywood grindstone before diving headfirst into the SOV outhouse. Yet he attacked this apparently personal project with such visceral gusto that you’d assume he’d bubbled up from the sewer rather than the bright lights of Movieland USA.

To his credit, his gutter artistry is unique and unflinching. The Casio score is effective, his underpaid actors pull off strong performances and the SOV footage is as well shot as any you’ll see. He even manages to create actual tension. You’re authentically jolted by nightmarish cutaways to garishly lit screaming faces. Like German director Olaf Ittenbach (The Burning Moon), MacMillan refuses to allow financial or technological limitations to hamper his horrific vision. Except Ittenbach was 22 years old at the time, while MacMillan was a seasoned industry professional in his mid-40s, yet still deeply in tune with his own primal darkness and compelled to display it before the unwilling eyes of an innocent world.

Goddamn it. They should hand out medals for that kind of thing.

Mr. MacMillan, we salute you. 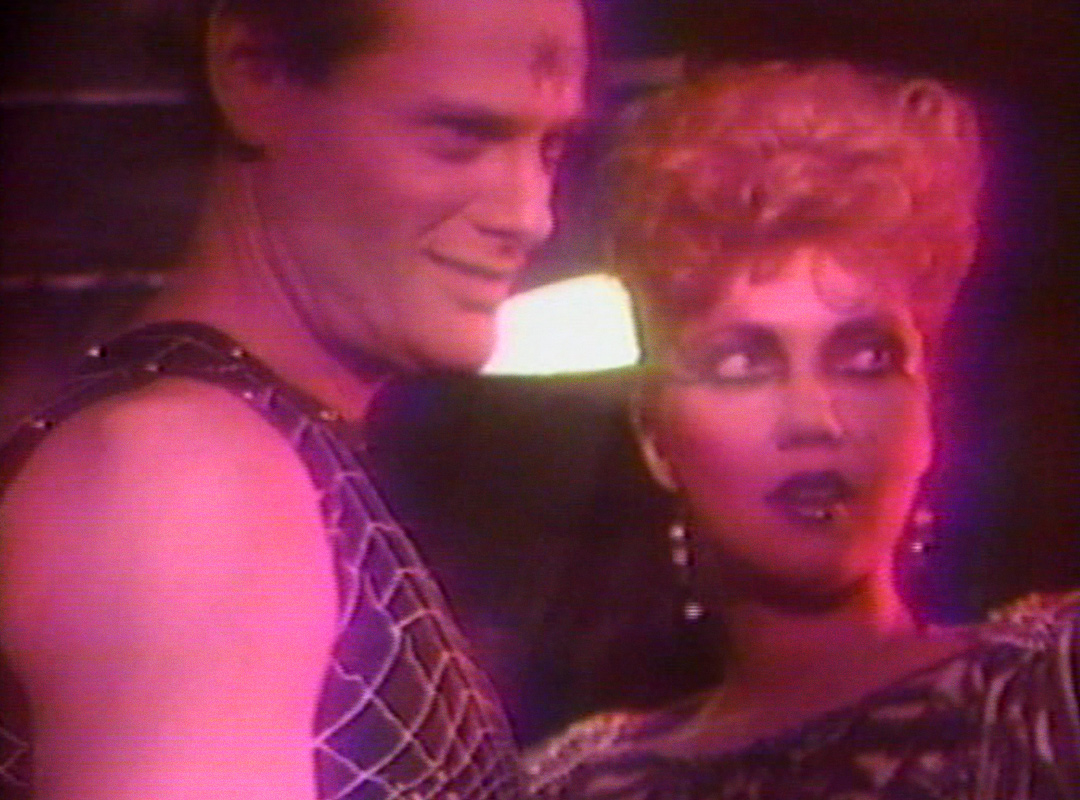 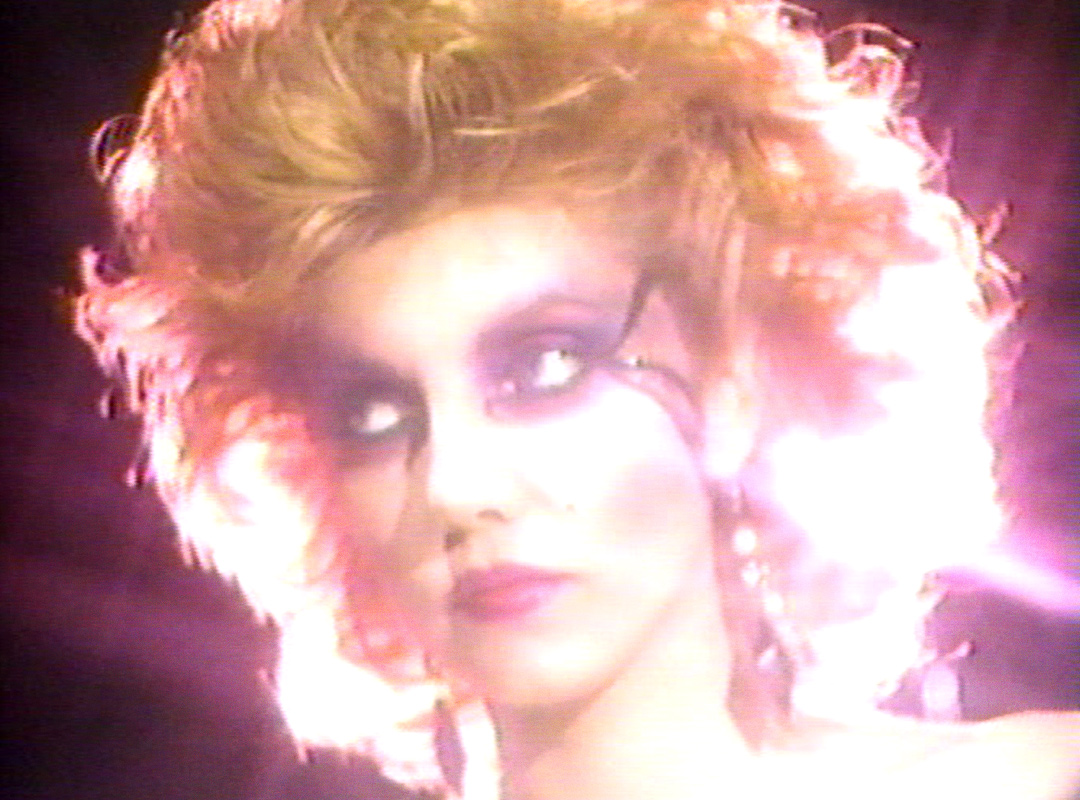 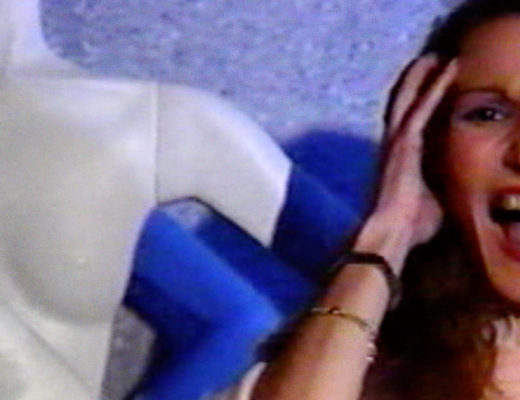 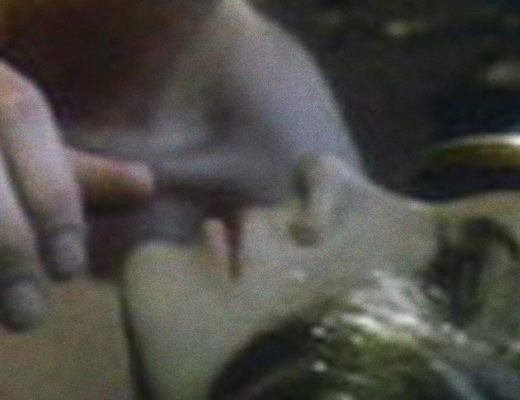