Directed by John WintergateParagon Video VHS
Posted on November 19, 2018
By Joseph A. Ziemba

Does this film even exist?

May, 1984. A handful of teens pile into a drive-in outside of Long Island, New York. That night, they steam up the windows while taking in one of the first SOV films to ever be shown theatrically, horror or otherwise. The film was Boardinghouse, which grabs its cut of cinematic history by being the very first full-length SOV horror film, even garnering screenings on New York’s 42nd Street with its blown-up-to-35mm print. Initially released on Beta and VHS as House Geist by Ariel Video in 1982, it would see release under four different companies, ending up with a 1985 release by Paragon. To call this LA-shot film insane would be an understatement. Unless you’re wearing a thong while saying it.

Boardinghouse is the story of Jim (writer-director John Wintergate), a psychic/gigolo/meditator in a leopard-print thong. Jim rents out a cursed house to “beautiful women with no ties” aka a never-ending supply of primo 80s ladiez. What follows are killings, lots of sex hijinks, and an amazing amount of weirdness: pie fights, a nightmare involving a severed pig’s head, Mattel synth blurps, awful fake British accents, an attacking refrigerator, suicide, and the gimmick of “Horror Vision,” which signals upcoming violence with a neon swirl and a silhouette of a black glove. Then, we have Jim’s intense psychic declarations (“FOCUS! WHITE LIGHT!”) while wearing a thong and sitting cross-legged.

This is a film that slipped away from a world where these things happen all the time. It’s cinema with human beings in it but possibly not made by human beings. This is a an entertaining and important film that isn’t an all-time greatest hit. In theory, it’s one of the best around. And yet, its proneness for repeat viewings lands nowhere near The Last Slumber Party or Don’t Go In The Woods or Ogroff, thanks to: 1. A 98 minute run time, and 2. A lack of consistency. Really.

Watch the first 10 minutes. They have everything you could ever want in a trash-horror film. Now, watch the scene much later on the beach where a woman gets clubbed in the head with a rock. Apart from a bizarro line reading, the death of that woman is grotesque and off-putting. Just like the first ten minutes. What do these two bits have in common? No Kalassu.

Kalassu is John Wintergate’s wife and creative partner. Most of the people in the film, including John/Jim, look like they’re making a horror movie. They may be having fun, but they’re attempting to bring some gravity to the situation. Now, watch when Kalassu shows up. She isn’t buying a minute of it. She’s there to hang out and have a good time and rock all the hot ones by the poolside in her band, 331⁄3. The other people can try and act like they’re in a horror movie but when she’s on the screen, everyone’s messing around. So, there are two movies going on here: The one with the psychedelic strangeness and killings, and the one about Kalassu and her band (with in-jokes galore). Both movies are fun to watch. But, when your lead is goofing around all the time, it’s tough to see anything but a series of scenes. There’s no build. There’s no drive. That’s not a bad thing. But once we cross the 90 minute line, the novelty of out-to-lunch insanity — no matter how glorious — tends to flatline. 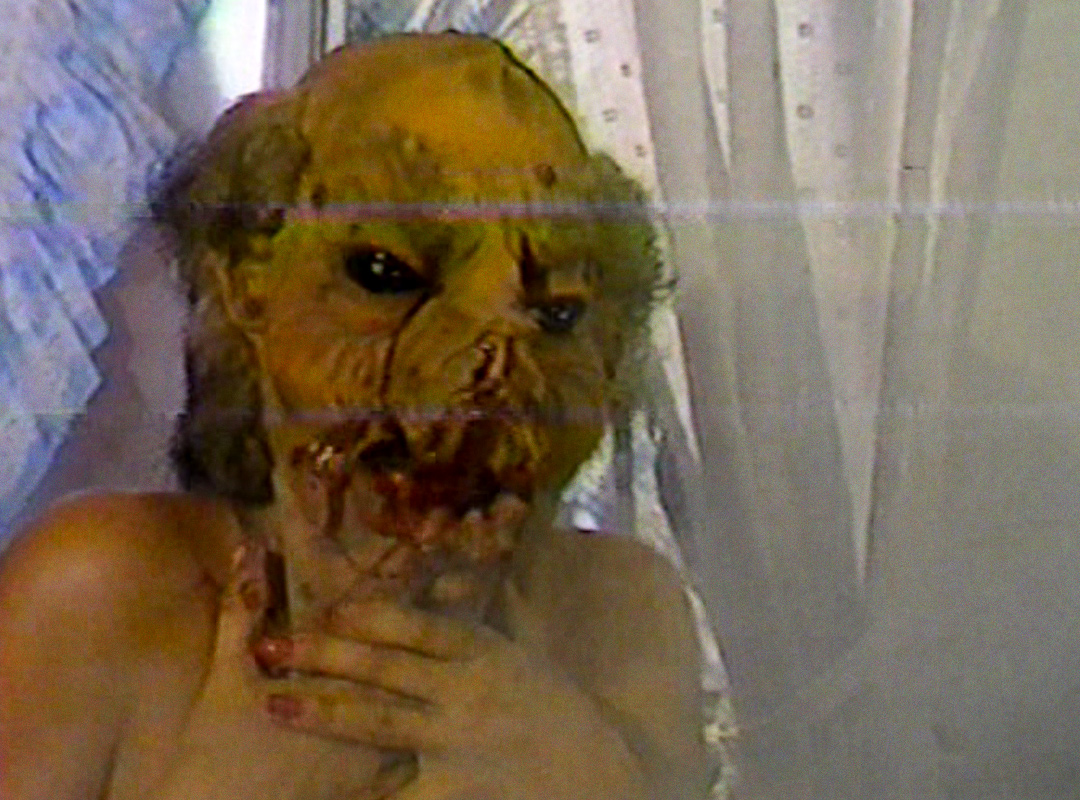 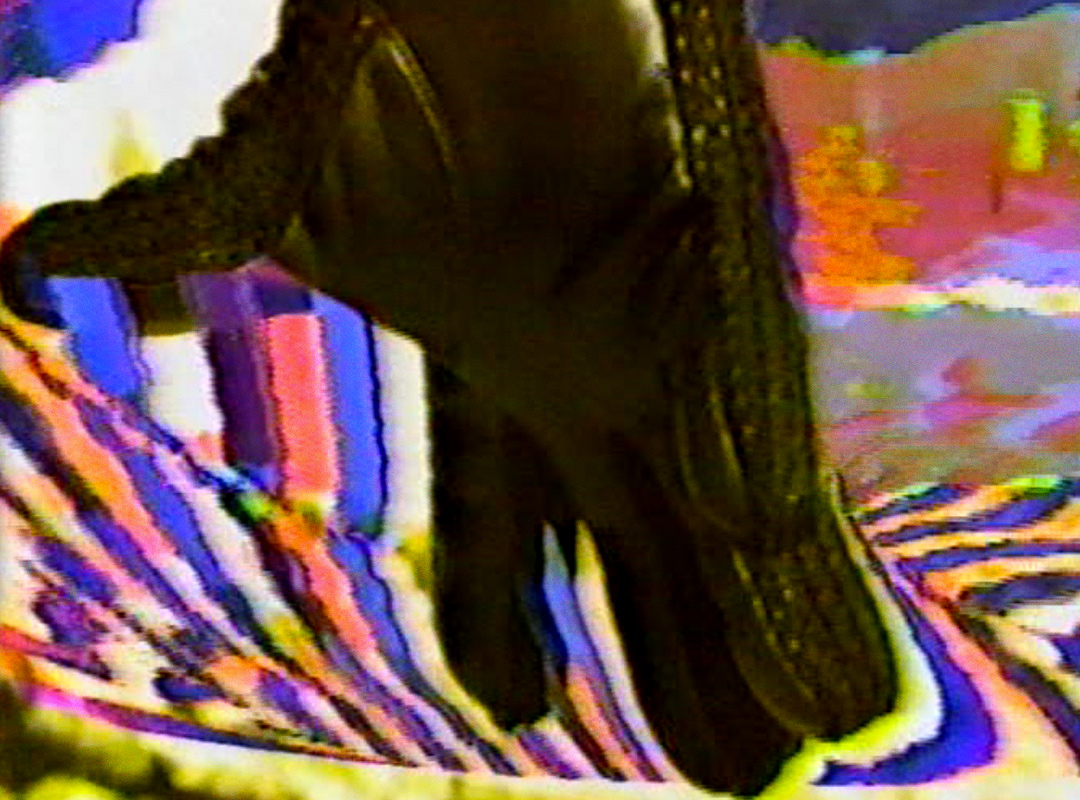 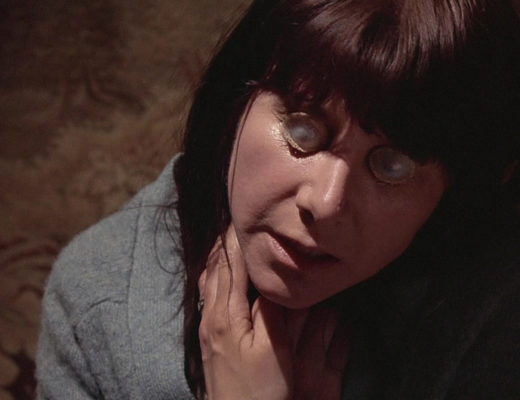 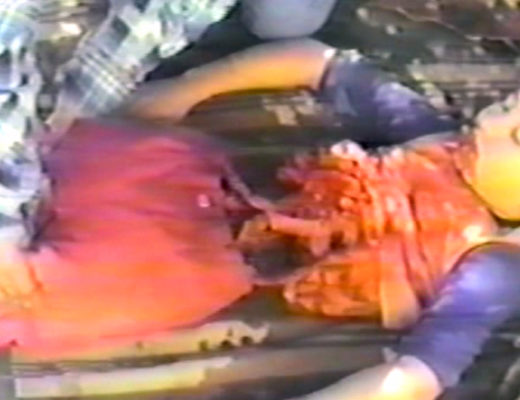 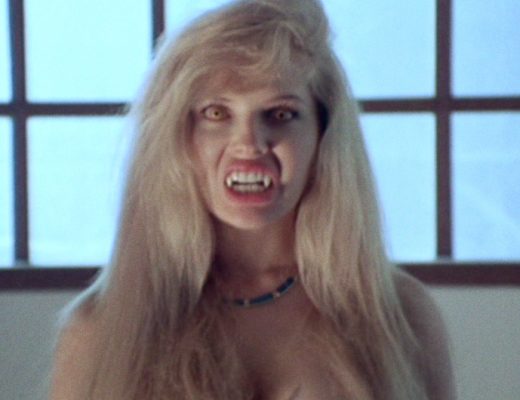